Plus background info, teams, formats, and opening schedule in Boston 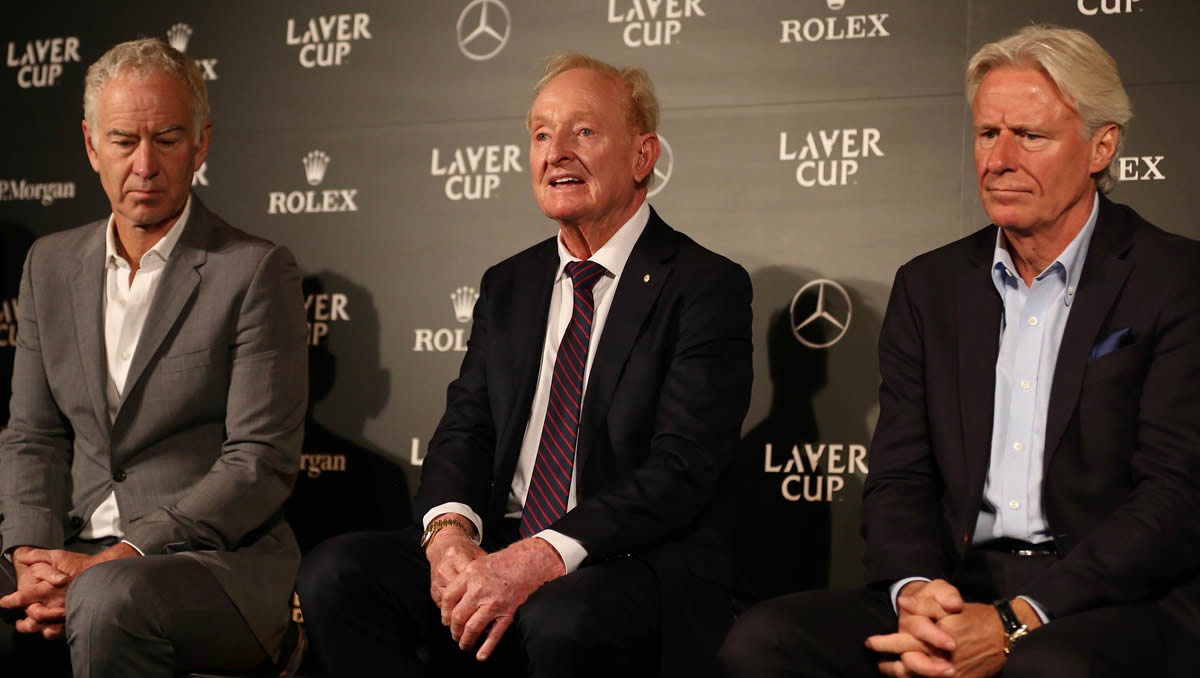 It may be a year later than planned, but the fourth playing of the Laver Cup will get underway in Boston, USA, in little more than a day’s time.

And the three-day jamboree, which takes place at the iconic TD Garden—usually home to the NBA’s Boston Celtics and the NHL’s Boston Bruins—has already brought photo ops aplenty for the stars of the show.

And make no mistake: This is a tournament like no other in the ATP calendar, one that pitches Europe against the rest of the world, pitches two great former rivals and now team captains Bjorn Borg and John McEnroe against one another, and features the cream of men’s tennis.

The driving force behind the event, Roger Federer, has been an energetic advocate of the tournament since he explained, at the unveiling of the trophy in the summer of 2017, what was the driving force for his brainchild:

But the Swiss figurehead, who has been part of three straight Europe victories with the most match wins and most points for his team, will not be in this September’s line-up. He has just undergone a third knee operation, so is forced to watch from home.

Rafael Nadal will also miss the event after twice being on the Europe start list—he too has just had foot surgery—and world No1 Novak Djokovic, who played in 2018, is taking time out after a frantic and hugely successful season.

However the ethos of featuring the best singles players in the world, plus a couple of captain’s picks, remains alive and well. Four of the top five men in the world feature in Europe’s line-up—indeed all six men are in the top 10—while the top three rest-of-world players will headline the ‘reds’, with four of the six among the next ranked men not from Europe.

Once again Borg and McEnroe head the teams, while the main man himself, Laver, has been in Boston for some days already, and will, as always, sit front and centre throughout the three days of competition.

The modest Laver has, indeed, looked like the cat that got the cream from the very first, and even donated one of his own trophies to be incorporated into the Laver Cup itself.

And all through 2021, Laver’s name has also been front and centre as Djokovic attempted to achieve the Calendar Slam for the first time since the great Australian completed the set in 1969.

For while Laver won 11 singles Majors along with many more in doubles, most agree that he would have won many more had the tennis tour not split into professional and amateur branches during the 1960s—just when the Australian was at his peak. In between winning his first Calendar Slam in 1962, and his second after tennis finally went ‘Open’ in 1969, he won eight Pro Majors from 14 finals, along with five Davis Cups in a span of 15 years.

Now, the much-loved Laver has become familiar to a whole new generation of tennis fans, and clearly relishes every opportunity to rub shoulders with the current stars of the game—and 10 of them in this year’s Laver Cup are close to 60 years his junior.

Certainly Europe looks to have the edge once again, even without Djokovic, Nadal and Federer. World No2 Daniil Medvedev has just won his first Major, the US Open; No3 Stefanos Tsitsipas made the final of Roland Garros this year after reaching three other Major semis; No4 Alexander Zverev has also made one Major final and three semis, and arrives fresh from winning Olympic gold; and the team is completed by No5 Andrey Rublev, No7 Matteo Berrettini, and No10 Casper Ruud.

The world team is headed by two young Canadians Denis Shapovalov—playing the tournament for the third time—and Felix Auger-Aliassime, backed up by two big Americans with formidable serves, Reilly Opelka and John Isner.

· The event is played over three days. On Friday and Saturday there is a day and night session, 1pm and 7pm, followed by a single day session on Sunday (midday).

· Four matches are played each day, three singles and a doubles.

· Both singles and doubles are best-of-three sets with ad scoring. The third set is a 10-point Match Tie-break.

· Match-ups will be determined prior to the first match each day through the blind exchange of line-up cards by the captains.