Laver Cup 2022: Djokovic hits the ground running – and has no plans to follow Federer into retirement 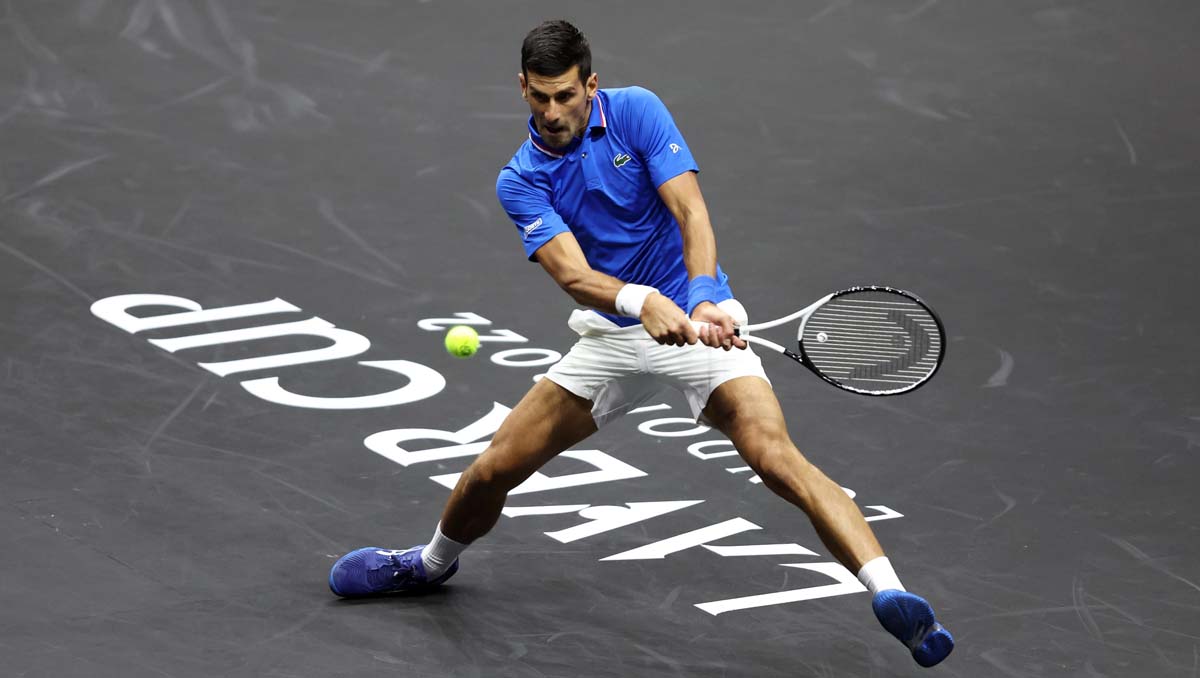 The 21-time Major champion and man who has topped the ranks longer than anyone else, Novak Djokovic, had not played a competitive match in well over two months.

He may have played only seven events and 28 matches in 2022, but the fact that he had not played since winning Wimbledon in July—prevented from taking part at the Australian and US Opens by his vaccination status—seemed not to matter.

The Serbian machine was well oiled, fast, fluid and immediately into winning ways as he made his first contribution on court to Team Europe in the Laver Cup.

He has clearly relished being back at the O2 with all his illustrious peers: Rafael Nadal, Andy Murray and the retiring Roger Federer. But until Saturday night, his support had come from the team bench and on the practice court. Now the sharp tennis and even sharper tactical mind of Djokovic had a chance to take Europe back into the lead as the tournament headed to its final decisive day.

And he did so with such confidence and aplomb that he spent just 72 minutes dispatching Frances Tiafoe, 6-1, 6-3, and another 82 minutes, with Matteo Berrettini, in putting out Jack Sock and Alex de Minaur, 7-5, 6-2.

He was, then, back in the locker room with Team Europe in little more time than it had taken Federer and Nadal to complete—and just lose—their momentous doubles match the previous night.

So how did he view his performance after so long away?

“I felt that I needed to make my presence felt on the court. That’s what allowed me, I think, to get away with that comfortable first set. It was a big confidence boost for me.

“After not playing for a few months, you don’t know really how you’re going to feel It’s quite unpredictable. But last three, four days of practice sessions here, I have been hitting the ball very well. I like the conditions. I like the court. Suitable to my game.”

Given the circumstances of his great—but older—rival Federer retiring, Djokovic was asked about how long and how much he expected to play in the coming years. The Serb is 35, compared with Federer’s 41, but the entire set of the former ‘big four’ has turned expectations about age at the elite level of tennis on its head.

“Well, I feel older than him [Berrettini at 26 is one of the older among the new generation making its mark in the top 10]. But I don’t feel yet so old for my tennis career to finish… I still feel my body is serving me, is listening to me well. That’s the key I think when you get to 35-plus.

“I think you just feel that things are different than when you were 25, for sure, with the way you respond, your body responds… if you play a few weeks in a row. Obviously, that’s different. So I am adjusting my scheduling much, much more, you know. I’m not playing as much as I played a few years ago. I want to peak at the best tournaments, biggest tournaments in the world, which are Grand Slams and some of the biggest ATP events, playing for my country.

“That’s what gives me the most motivation and inspires me to play the best tennis. I really want to keep going. I don’t have the ending of my career on the horizon at the moment.”

He then talked about how much he enjoyed the unique qualities of the Laver Cup, that it allows intimate, private time with fellow players without their extended teams.

“Well, first of all, the atmosphere is completely different in the locker room than what we experience normally on the tour, because we are teammates, we are not rivals for the only time probably.

“I have played [Laver Cup] only once in Chicago, but I had a fantastic time. This year even better. I mean, of course, one of the greatest reasons for that is because I experienced Roger’s farewell last night that is the biggest story in the sports globally.

But also, just because the concept of the Laver Cup is so unique that regardless of whether Roger is retiring or not, I think this competition will live and create very beautiful memories for players [to] take with them on the tour, and they talk about these experiences and memories with each other. So it creates better bonds and relationships between the teammates.

We respect each other. Of course we always did, but, you know, it’s kind of more of a friendly atmosphere that you take later on the tour.”

Finally, he returned to his hopes for longevity, and for using his enforced time away from competition to his advantage. As well as time with family and at his tennis centre in Belgrade, and travelling to places he has not seen before—he plays in Tel Aviv Kazakhstan this autumn—he added:

“Also, trying to preserve the body and have a long career. I don’t have years in my mind, whether that’s another year or 10 years or whatever it is. I just want to keep going as long as I feel good and I can compete with the youngsters, that I could be one of the candidates to win Grand Slams.”

Djokovic was scheduled to play one more tie in the Laver Cup, too: Europe needed to win two matches on Sunday to seal victory—13 points. Only if the finish line was not reached would the ‘youngsters’ return: Stefanos Tsitsipas against Tiafoe, then Casper Ruud against Taylor Fritz.