Friday concludes with the most anticipated match of event: Roger Federer pairing with Rafael Nadal for his last ever match 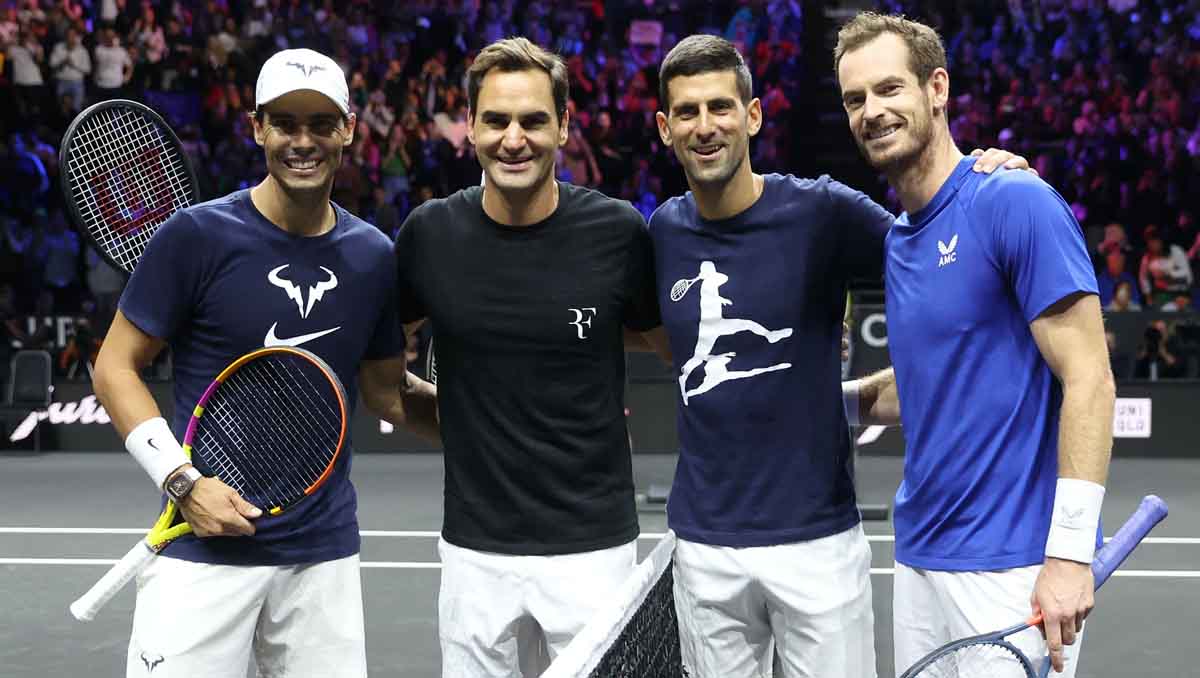 The three-day Laver Cup, launched in 2017, was Roger Federer’s brainchild, his attempt to solidify the legacy of tennis great Rod Laver for generations to come.

Laver remains the only man to complete two calendar Grand Slams—one in the amateur and one in the Open era—and his classy but deadly style of tennis, plus a modest and unassuming personality, inspired many of the greats who followed.

Now, with the Australian well into his 80s, he is still an icon of his sport, and as enthusiastic about tennis as ever. What is more, his name has become familiar to a whole new generation of fans, with his presence a familiar sight at the Majors.

And he has clearly relished the association, and friendship, of Federer and Laver Cup captains Bjorn Borg and John McEnroe. He donated one of his own trophies to be incorporated into the Laver Cup trophy, and has yet to miss any of the four iterations: Prague, Chicago, Geneva, and Boston. He has now made it to London, too, for this fifth playing of the tournament, and is thus inspiring the young members of Team Europe and Team World just as he inspired the older generations.

This time, the event will be a particularly emotional affair. Federer, now age 41 and with a knee that has remained stubbornly resistant to rehab from three surgeries in two years, announced his retirement just before coming to London. To make the occasion still more memorable, all three of his greatest rivals through much of his career—Rafael Nadal, Novak Djokovic, and Andy Murray—will join him in a glittering Europe line-up that also includes three more top-10 players.

Federer, though, is set to play just one match, and that in doubles, in a special partnership with his closest tennis friend and rival, Nadal, who flew into London just in time for their Friday-night match.

Trying to prevent a fairy-tale ending for Federer will be a formidable American pairing of Frances Tiafoe and Jack Sock. They certainly have the qualities and passion to make that a serious possibility, but win or lose, expect tears on all sides when the match is done. For it will mark the end of a career as illustrious as that of the tournament’s namesake. Laver and Federer, as great as they come.

First, however, Europe will hope to get off to a flyer in the day session with its young stars, world No2 Casper Ruud followed by No6 Stefanos Tsitsipas. And completing a home-crowd pleasing evening session, former world No1, Wimbledon and gold medal Olympic champion, Andy Murray will play the 22-ranked Alex de Minaur.

How it all works

Match-ups will be determined prior to the first match each day through the blind exchange of line-up cards by the captains.

12 midday, 1 doubles, followed by 3 singles matches. If points are even, there will be a one-set doubles decider.

· Each team comprises six players, with three of the six qualifying based on their ATP singles ranking after the French Open. Three others are “captain’s picks”

· Both singles and doubles matches are best-of-three sets with ad scoring. The third set is a 10-point Match Tie-break.

· Each player will play at least one singles match during the first two days*. No player will play singles more than twice, and at least four of the six players must play doubles. No doubles combination can be played more than once, unless for the Decider on Day 3, if points are 12-all.

· The tournament is sanctioned by the ATP but does not carry ranking points for the players.

*Because Federer is not fit enough to play singles, his place will be taken by Matteo Berrettini for the remainder of the tournament.

Laver Cup 2022: The last dance of Federer and Nadal, as Europe hope for fairytale ending