Nadal: “When Roger leaves the tour, an important part of my life is leaving too”; Federer: “This is not the end-end... Life goes on. I’m healthy, I’m happy, everything's great” 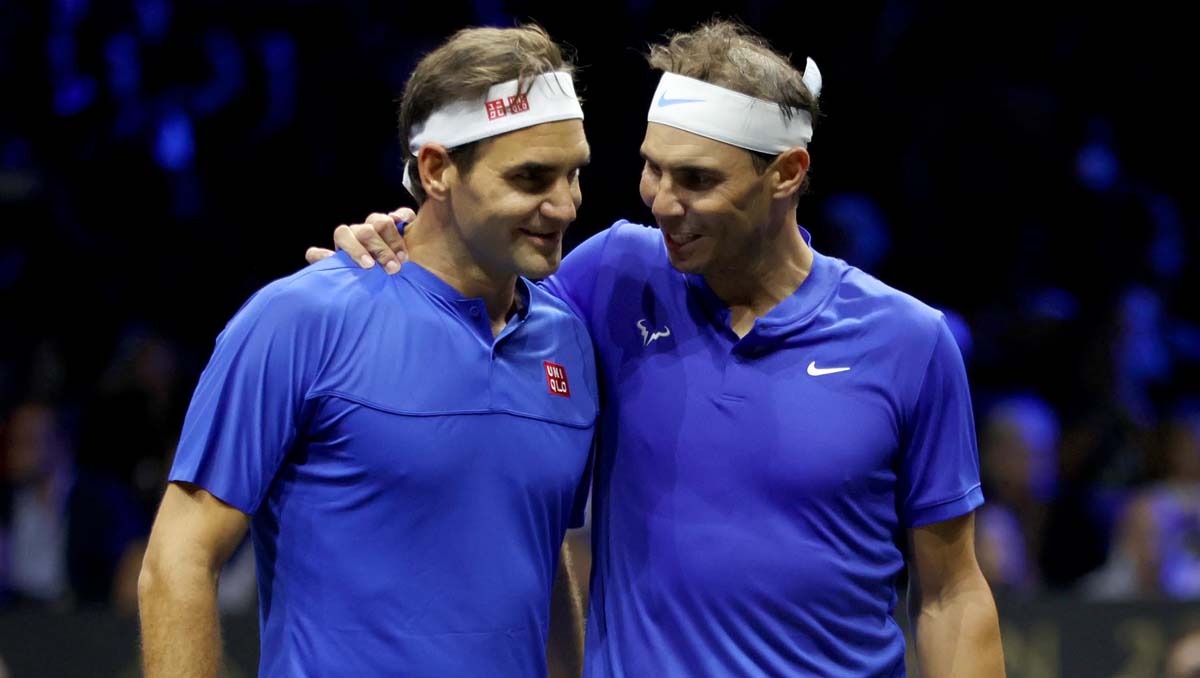 The facts of the matter are easy to report. Day 1 of this year’s Laver Cup at the iconic O2 in London had yielded two wins for Team Europe in the youthful shapes of Casper Ruud and Stefanos Tsitsipas.

In what was always going to be a tough match-up for 35-year-old Andy Murray against another young player, Alex de Minaur, the home favourite lost a gruelling two-and-a-half-hour battle—and was devastated. Team World had a point on the board.

But the big match of the day, nay the tournament, was the final coming together of the most famous rivalry in sport, Roger Federer and Rafael Nadal. Forty times they had played one another, and through the 18 years since their first match, they had grown closer than any sporting rivals might hope for. They were, in short, friends.

And for this final match, they would play on the same side of the net to try and win another point for Team Europe. They had done this once before, in Prague in 2017, and won. But this time was different. Federer had announced his retirement after 24 years of record-making tennis, and this doubles match—his first in 15 months following repeated knee surgery—was his swansong.

A measure of the moment had been writ large on the faces of the entire Europe team, but especially on Nadal’s. He had come late to London, and would withdraw from the team immediately afterwards to return for the imminent birth of his first child. But he pulled out all the stops to get here.

And the two veteran stars produced some glittering tennis, amid smiles, hand-pumps, cheers, and one of the most raucous and partisan crowds the O2 had ever seen. The Roger-and-Rafa show delivered to win the first set, with Federer playing particularly well around the net, and proving the years of hype around his serve were all justified.

Having lost the second set in a tie-break, though, they headed to a match-tie-break. And there, Federer had the chance to close out an emotional win with that iconic serve, but Jack Sock and Frances Tiafoe had other ideas, and took the match, 4-6, 7-6(2), 11-9.

It drew Team World level with Europe on 2-2: Those were the facts of the matter. But they were barely noticed in the emotional drama that began to unfold around Federer.

A measure of the affection, the respect, indeed adoration for the Swiss star—and he has won the ATP’s Fans’ Favourite Award every year since 2003, before he even rose to No1—was writ large in the arena. Not a person among the 16,000 left for more than half an hour, through tear-stained interview, music from Ellie Goulding, and the arrival of Federer’s family for heart-breaking embraces.

He hugged all four children close, telling them not to cry because he was happy. He could barely speak the words through his own sobs.

As for Nadal, he too was clearly raw with emotion. They sat side-by-side, hands together, eyes glazed with tears, and the tableau was completed by the team who had buoyed up Federer during these last days in the public eye.

And make no mistake: these were historic moments. Never before had the ‘big four’ come together as one: Novak Djokovic, Andy Murray and Roger and Rafa. And the enormity of Federer’s farewell impacted their own stories: Each man had built long and intense rivalries with him, and each could not but consider when their own departures could come.

By now, it was after 1am, and a packed media centre awaited the last chapter of the last dance of Federer and Nadal. They came at last, at a little before 2am—together, of course.

There is no better way, then, to conclude what began as a normal match-day and ended as an emotional spectacle, than with some of the words each man then shared.

Federer: “Some moments I was horribly nervous like before a big final, then some other moments I totally forgot about it because I was with the guys and we were joking. Classic goofiness comes through, and you forget about everything and have a good conversation.

“The last two days have been tough, to say the least. Thankfully in moments I totally forgot about it, slept great, everything was wonderful, I could enjoy it, I feel. And because of that I think I will be able to have a better recollection of how it went… 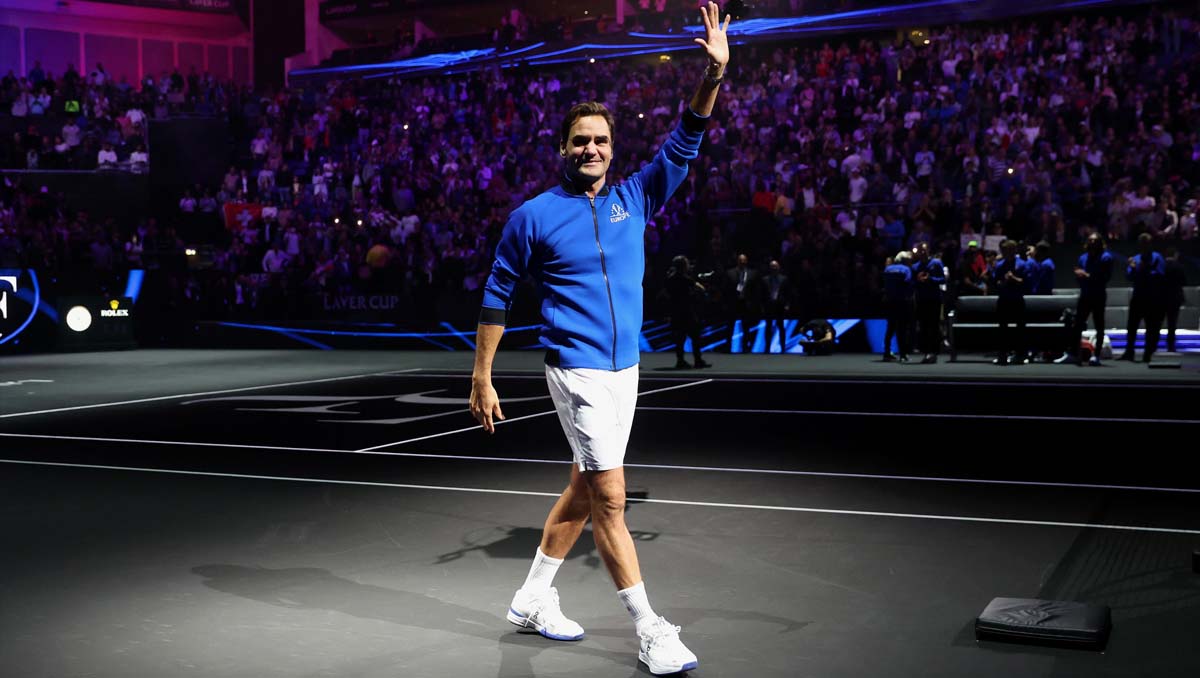 “I know some people on my team and in my close circle have not gone through the same emotions maybe until tonight. That’s why, for them, it was extremely difficult probably to go through tonight. But I felt overall I did OK, even though, sure, I was crying, too.”

Nadal: “I have to say that first couple of serves for me were super difficult. I started with double fault [smiling]. I was shaking a little bit. Have been a difficult day to handle every single thing, and at the end everything become super emotional. For me, have been huge honour to be a part of this amazing moment of the history of our sport, and at the same time a lot of years sharing a lot of things together.

“When Roger leaves the tour, an important part of my life is leaving too because all the moments that he have been next or in front of me in important moments of my life.”

Federer: “This was the part I was extremely worried about, taking the microphone. All I told Tony [Godsick] was I want to be able to have an evening where I do not have to take the mic… because I know how impossible I am on the mic when I am emotional, because I had it many times before.

“But I was able to remind myself how wonderful this is. This is not the end-end, you know. Life goes on. I’m healthy, I’m happy, everything’s great, and this is just a moment in time, you know…

“This how I was able to always get a second wind, and like really able to at least say everything I have wanted, I believe.

“For me, I didn’t have fireworks in my head where I see my career flashing by, all the things I’m gonna miss. This was weeks ago. There it was hard for me making phone calls, letting people know that this decision is happening. There I felt pain, but now, tonight was all happiness.”

Nadal on Federer: “When I started to be a better player, then was Roger always there in front of me. For me was always the guy to beat. So at some point we were probably the biggest rivals—I think always in a very good way… But is true that the personal relationship, when we were getting older, I think every year the personal relationship gets better and better. I think in some way we understand at the end we have a lot of things similar. We approach the life probably similar.

“On court we have completely opposite styles, and that’s what probably makes our matches and our rivalry probably one of the biggest and most interesting. But in the family life, personal life, probably we approach life not in a very different way, no?

“So that’s why we can trust each other, we can speak very often, and we’re able to speak feeling free, feeling confident. Having somebody like Roger that I feel confident to talk about any personal thing, it’s something that is very beautiful after all the things that we shared together and all the important things that we fighted for such a long time.”

Federer about Nadal: “I don’t know how we got to this place over all these years. We have been very connected, especially, I feel, last 10 years… Anyway, I’m very happy it is where it is today, that I can call up Rafa and talk about anything.

“But just also having Rafa’s family here this weekend… I can feel their passion, I guess, for me, who I am as a person. That obviously resonates big with me. I think he feels the same way when he sees my parents, my children, my wife, everybody.

“It’s been great. I think we enjoy each other’s company, and we have so much to look back on, but also just enjoy spending time together. We have a million topics to cover. I always feel like any evening we ever spent together we never have enough time.”

Finally, for all Federer’s fans around the world, perhaps a glimmer of light:

“Hopefully we’ll see each other again on a different type of tennis court, somewhere around the world. I have no plans whatsoever, where, how, when. All I know, I would love to go and play places I have never played before or go say thank-yous for years to come to all the people that have been so supportive of me.

“Because the hard part about the Laver Cup was that tickets were already sold out. Maybe there is another way down the stretch we can party all together.”