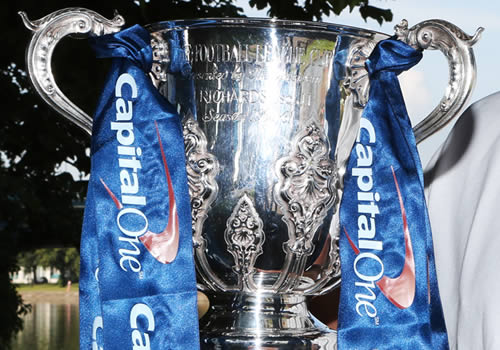 The Capital One Cup fourth round draw took place on Wednesday

Liverpool will host Swansea City in the fourth round of the League Cup after the draw was made on Wednesday evening.

The Reds booked their place in the draw after Tuesday night’s dramatic penalty shootout win over Middlesbrough at Anfield.

Elsewhere, Chelsea were handed a trip to Shrewsbury, while Tottenham Hotspur host Brighton and Hove Albion at White Hart Lane.

Stoke are at home to Southampton, and Manchester City will take on either Crystal Palace or Newcastle United.

Ex-Liverpool man Jonjo Shelvey was quick to react to the news that he is set to make a return to Anfield with the Swans on Twitter.

Written in the stars

Former Liverpool star John Aldridge also reacted to the news of the draw on social media.

Last 16 capital cup draw we play evertons conquerors Swansea!tough game.Remember they beat us 2 yrs ago at the same stage at anfield.Revenge