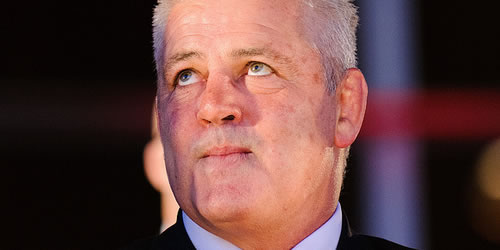 The news will come as a boost to Wales coach Warren Gatland Photo: National Assembly For Wales

The 23-year-old, who was one of the key figures in Wales’ Six Nations success earlier this year, has another season remaining on his contract and insists he has no interest in joining the exodus overseas.

Gatland, who will miss this summer’s tour of Australia after injuring himself in a fall, admits openly he’d rather have all his squad playing their domestic rugby on home soil – as Halfpenny intends.

“I am happy at the Blues and am contracted for another season,” said Halfpenny.

“I am thoroughly enjoying myself there and as far as I am concerned I am a Cardiff Blues player and I am just concentrating on doing as best a job as I can for the Blues.

“I haven’t even thought about that because I am still a Cardiff Blues player and still want to do really well for them.

“I am still 23 and I am a home boy and I enjoy playing my rugby in Wales. I haven’t thought about it yet but in a couple of years time, who knows?

“At the moment, I am really enjoying my rugby in Wales and I am concentrating playing the best I can here. There are players who are moving on who may just want a new way of life.”

London 2012: Dwain Chambers to learn his Olympic fate on Monday