Lewis Hamilton leaves McLaren to join Mercedes from next season

Lewis Hamilton is set to race for Mercedes next season after leaving McLaren, with Sergio Perez his apparent replacement 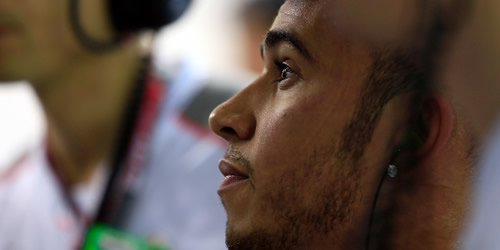 Lewis Hamilton is to leave McLaren and join Mercedes from next season after months of speculation over the British driver’s future.

Hamilton will replace Michael Schumacher at Mercedes, while Sergio Perez will race for McLaren next season.

Hamilton said: “It is now time for me to take on a fresh challenge and I am very excited to begin a new chapter racing for Mercedes.

“Mercedes-Benz has such an incredible heritage in motorsport, along with a passion for winning which I share.

“Together, we can grow and rise to this new challenge. I believe that I can help steer the Silver Arrows to the top and achieve our joint ambitions of winning the world championships.”

McLaren team principal Martin Whitmarsh said: “It’s entirely appropriate that I should take this opportunity to pass on our thanks to Lewis.

“He wrote a huge chapter of his life and career with us, and was, and always will be, a fine member of an exclusive club: the McLaren world champions’ club.”

Hamilton joined McLaren aged just 13 and went on the become world champion in 2008 in only his second season in Formula 1.

Meanwhile, the 22-year-old Perez has expressed his delight at sealing a move to McLaren after the transfer was announced on Friday.

“I’m thrilled and delighted to have become a McLaren driver,” said Perez. “The McLaren name is one of the greatest in the history of Formula 1.

“For more than 40 years McLaren has been a team that every racing driver has aspired to drive for. I was brought up on the great stories of Ayrton Senna’s many world championship triumphs for McLaren and I’m truly honoured that they’ve chosen me to partner Jenson from 2013 onwards.”

Team principal Whitmarsh added: “I’m delighted to welcome Sergio on board. His performances throughout 2012 have convinced us that he’s an extremely exciting prospect for the future.

“It was a string of giant-killing performances, a trio of podiums and a brilliant fastest lap in this year’s Monaco Grand Prix that showed us that Sergio lacks nothing in terms of speed and commitment.”