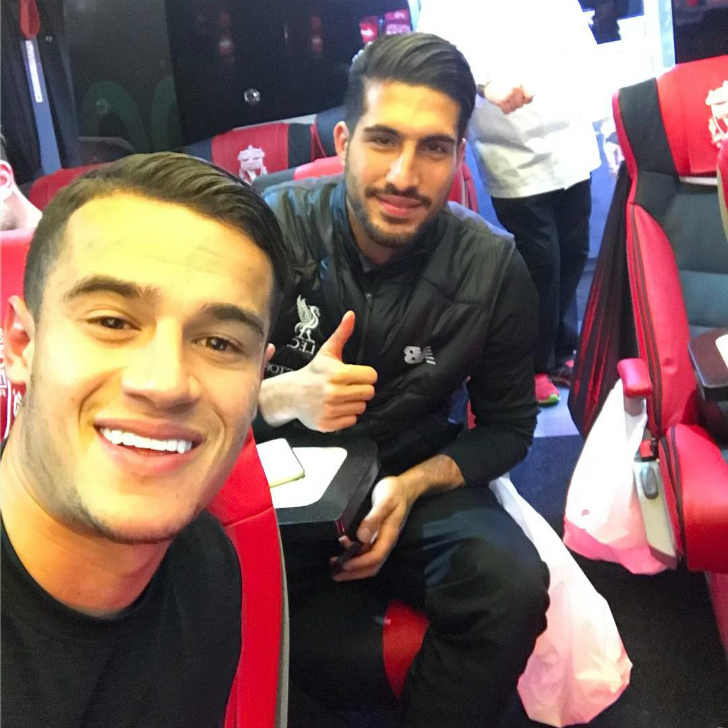 Philippe Coutinho and Emre Can Photo: Emre Can / Instagram

Jim Beglin heaped praise on Emre Can for a stylish finish in Liverpool’s straightforward 3-0 win against Maribor on Wednesday night.

The Merseyside outfit secured their biggest-ever away win in Europe last time out thanks to a 7-0 victory over Maribor in Slovenia to record their first Champions League group-stage win of the 2017-18 campaign.

Liverpool ended a winless run in the Premier League last weekend thanks to a comfortable 3-0 victory over promoted side Huddersfield Town at Anfield.

The Reds were left frustrated throughout the first half as the hosts were unable to make the breakthrough against their plucky opponents.

However, summer signing Mohamed Salah ended Maribor’s resistance in the 49th minute with a deft finish to calm Liverpool’s nerves at Anfield.

James Milner missed a second-half penalty after Roberto Firmino was fouled but Can put the result beyond doubt to secure Liverpool’s second win of the group stage.

The Germany international combined with Milner before he slotted a powerful finish past the Maribor goalkeeper to cement their place at top of Group E with two games to play.

Former Liverpool midfielder Beglin lavished praise on Can for a brilliant finish to secure a 3-0 win.

“It was sublime from Emre Can. It’s a controlled finish. It’s exquisite. Absolutely exquisite.”

Liverpool will travel to West Ham in their next Premier League game on Saturday.

Neville lashes out at Chelsea after Man United transfer