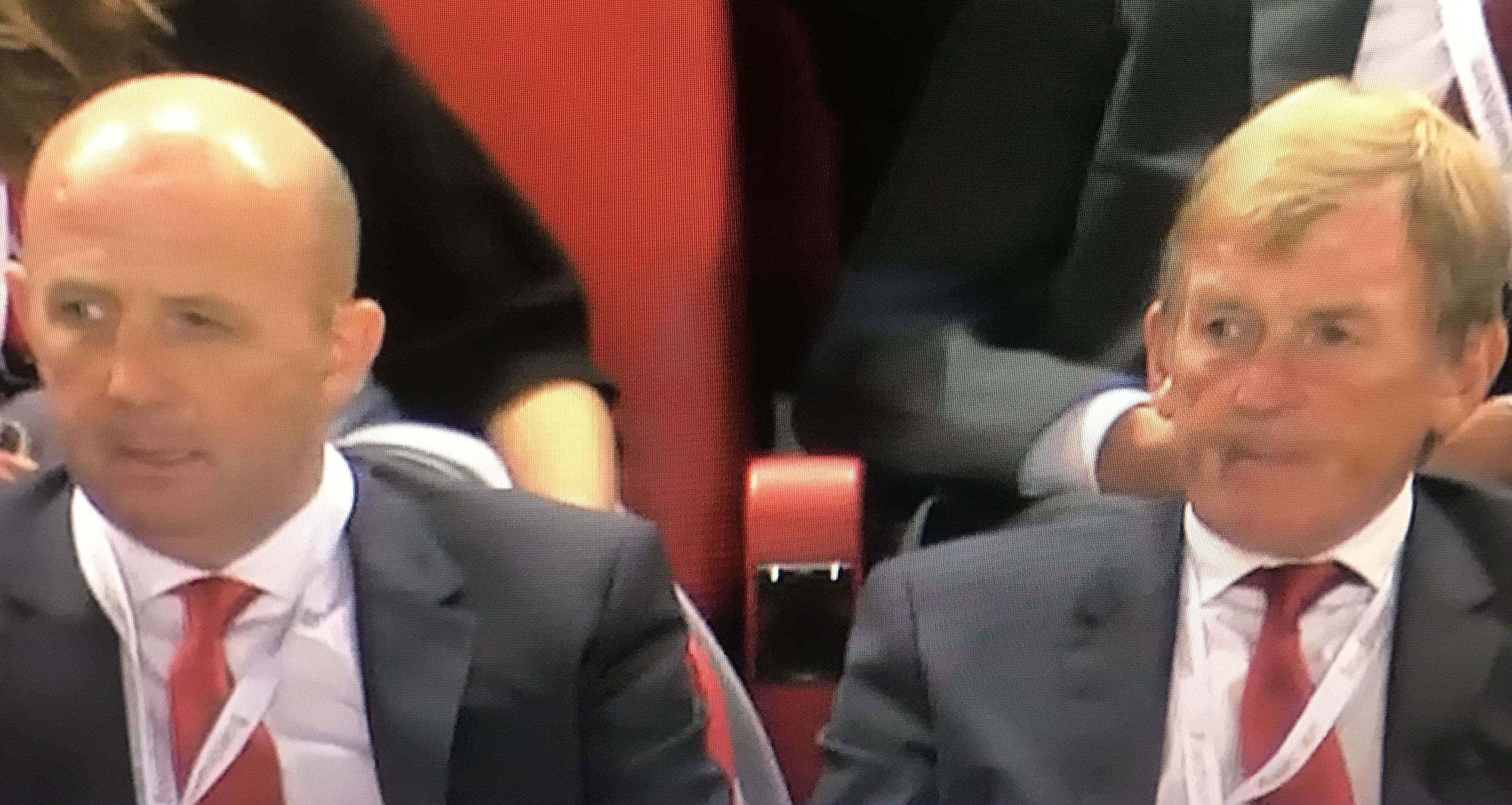 Kenny Dalglish was sat in the stands as Liverpool booked their place in the Champions League group stage thanks to a 4-2 win against Hoffenheim on Wednesday night.

The Reds were 2-1 winners against Hoffenheim in the first leg of their Champions League playoff last week courtesy of goals from Trent Alexander-Arnold and James Milner.

Liverpool welcomed the German club to Anfield in the return leg on Wednesday night in the continued absence of Barcelona target Philippe Coutinho, who was supposedly missing due to illness.

However, the Merseyside outfit didn’t miss the Brazil international after Emre Can broke the deadlock in the 10th minute thanks to Sadio Mane’s superb movement.

Liverpool extended their lead in the 18th minute through Mohamed Salah after the summer signing pounced on a loose ball.

The Reds were three up less than two minutes later after Can doubled his tally for the night to put Liverpool in charge of the second leg clash.

Brazilian forward Roberto Firmino made it 4-1 in the second half to score against his former club after Mark Uth capitalised on Dejan Lovren’s mistake to get on the score sheet for the visitors.

Germany forward Sandro Wagner made it 4-2 on the night with 12 minutes to go but the Reds progressed to the next phase with a 6-3 win on aggregate.

And Dalglish, who won the European Cup three times during his Liverpool career, was sat in the stands alongside Gary McAllister in the above photo as Jurgen Klopp steered his team in the group-stage draw.

Liverpool were 1-0 winners against Crystal Palace at Anfield last weekend.