Liverpool celebration features in Premier League photo of the season 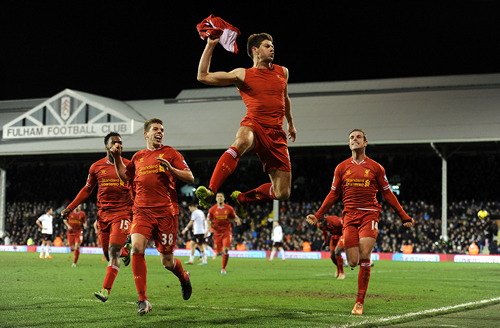 Steven Gerrard in the Barclays shot of the season Photo: Kevin Quigley

Kevin Quigley’s photograph of Steven Gerrard’s celebration during Liverpool’s last-gasp 3-2 win at Fulham has been voted the Barclays shot of the season.

The Daily Mail photographer’s picture captures the elation of the Liverpool captain and his team-mates after his late penalty earned Brendan Rodgers’ title-chasers a crucial victory at Craven Cottage back on 12 February 2014.

Mike Hewitt’s photo of Fernando Torres and Sebastian Larsson for Getty Images showing the duo battling for possession during Chelsea’s dramatic 2-1 defeat by Sunderland at Stamford Bridge on 19 April 2014 was the runner-up. 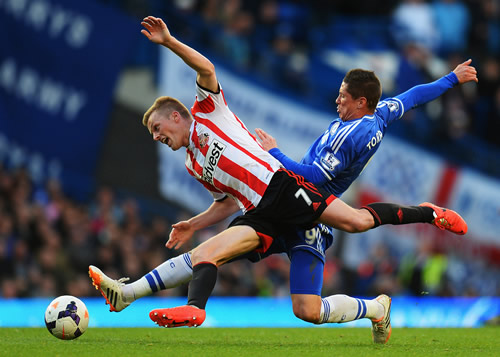 And Tom Jenkins of the Guardian and Observer saw his photograph of Chelsea boss Jose Mourinho withholding the ball from Liverpool skipper Gerrard on the touchline during the Blues’ 2-0 win at Anfield on 27 April 2014 come third in the voting. 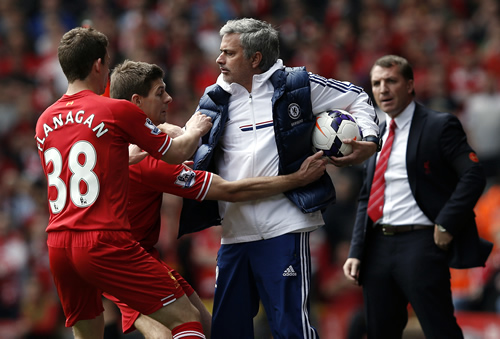 Barclays Premier League accredited photographers were invited to submit one of their best shots from the season, with the individual photos were then shared with a judging panel, including chairman of the Football Writers’ Association Andy Dunn and Sky Sports commentator Martin Tyler.

Each shot was marked by each judge a score out of 10. Scores were then totalled, with the photos that scored the highest forming the top three. Seventy photographers entered across the country, from websites, national papers and news agencies.

During the 2014-15 season, Barclays will be saying Thank you to all those people who champion the true spirit of the game. Join the conversation at: www.facebook.com/BarclaysFootball