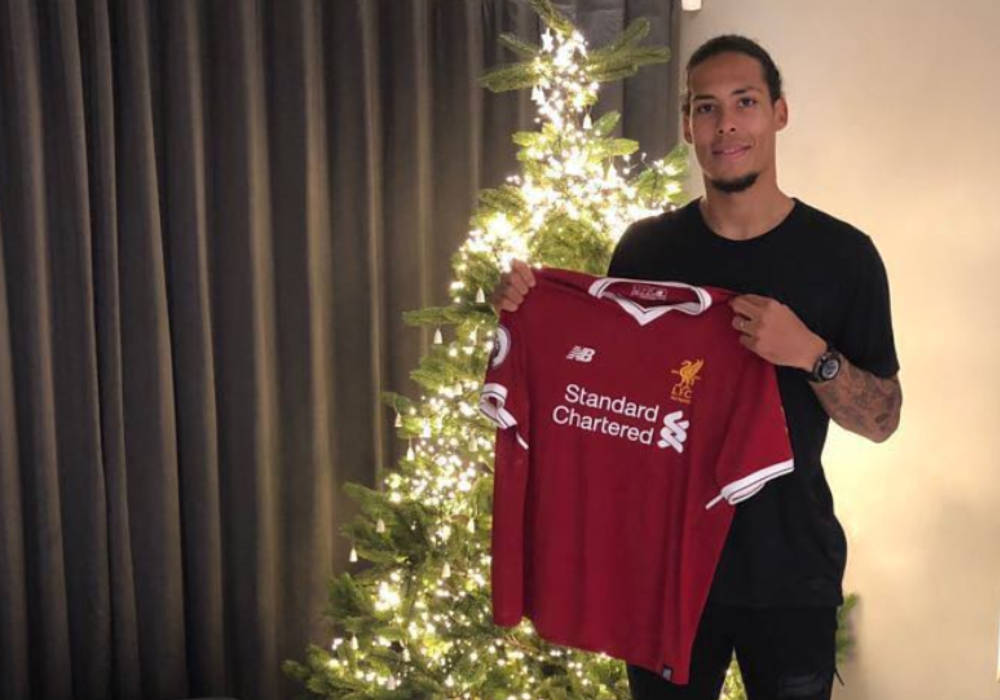 The Reds signed Van Dijk in a club-record £75m deal from Premier League rivals Southampton in the January transfer window to finally land their long-term target.

Liverpool FC made the Dutch star the most expensive defender in the world to secure his signature ahead of interest from Chelsea and Manchester City.

Van Dijk scored on his Liverpool debut following a late header winner in a 2-1 victory over Merseyside rivals Everton in the FA Cup third round at Anfield earlier this month.

The 26-year-old’s influence at set-pieces will be a welcome addition but Van Dijk’s primary task will be reinforcing Liverpool FC’s leaky defence.

“The leader of the pack who is going to organise people at the back – ‘Do not go, go, five minutes tuck in, we do not need to go anymore, stay here.’

“All the type of things you need, especially at the back because at the back you see the whole game. As a centre back, you see every single thing and sometimes talking and communicating can stop a counter. So his leadership will be massive.”

Liverpool FC are in fourth place in the Premier League table in pursuit of a Champions League spot in successive seasons.

The Reds will take on Portuguese giants FC Porto in the Champions League last 16 next month.

The Merseyside outfit have never won the Premier League title but finished in second place in 2002, 2009 and 2014.