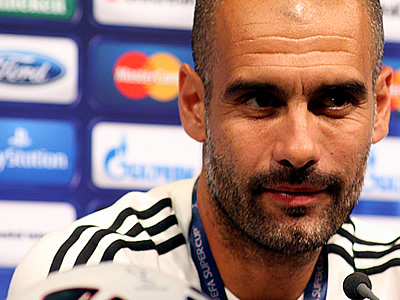 Manchester City will find it difficult to overhaul Liverpool FC in the Premier League title race, Bernardo Silva has admitted.

The Citizens suffered a 2-1 loss to Leicester City at the King Power Stadium on Boxing Day to fall further behind Liverpool FC in the Premier League title race.

Silva broke the deadlock in the first half but goals from Marc Albrighton and Ricardo Pereira sealed a comeback win for the Foxes against the defending champions.

Liverpool FC moved seven points clear of Pep Guardiola’s side thanks to a 4-0 win against Newcastle United at Anfield after goals from Dejan Lovren, Mo Salah, Xherdan Shaqiri and Fabinho.

The Reds haven’t lost a game in the Premier League this season, while Manchester City have lost three of their last four fixtures in the top flight.

And Silva, who was part of Manchester City’s title-winning team last term, admitted that Liverpool FC have a commanding advantage in the race to win the Premier League crown.

“We started quite well but we weren’t able to play as usual and in the end they scored an amazing goal,” Silva is quoted as saying by Daily Express.

“We are not happy but we try to overcome the situation.

“Seven points to Liverpool is starting to be a lot, we are not playing as well as we want at this part of the season. We have to find an explanation.

“We need to start winning games but we can’t rely on ourselves.

“Even if we beat Liverpool now it won’t be easy.

“We have lost two games that we shouldn’t do if we are in a race for the title.

“There are a lot of games left and it’s mathematically possible but we have to be almost perfect from now.”

Liverpool FC are looking to win the Premier League title for the first time and are six points ahead of Tottenham Hotspur, who occupy second spot.