Daniel Sturridge: I’ve so much respect for Liverpool FC boss Jurgen Klopp but I want to play 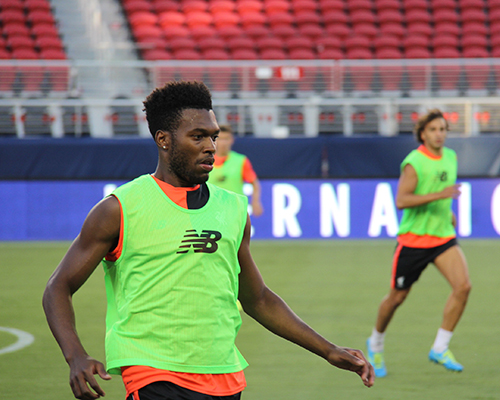 Daniel Sturridge believes he needs to start regularly in the Premier League to allow the Liverpool striker to get back to his best under Jurgen Klopp.

The England international started his fourth Premier League goal of the 2017-18 season for the visit of promoted side Huddersfield Town on Saturday.

Sturridge made the breakthrough in the second half with a brilliant lifted finish to settle Liverpool’s nerves at Anfield in the Premier League.

Sturridge has scored two goals in 10 appearances in the Premier League this term after he netted Liverpool’s fourth in a 4-0 victory over top-four rivals Arsenal.

While the Liverpool striker is desperate to secure regular first-team football this season, Sturridge insists he won’t cause his manager Klopp any problems.

“But the manager picks the team and I’ll never cause any issues or problems in the camp because he’s the boss, I have a lot of respect for him and for his decisions.

“When I go onto the pitch it’s important for me to show what I can do.

“It doesn’t matter how many minutes you get, you’ve got to put your best foot forward and show what you can do for the team.

“I’m grateful for his faith in me today and hopefully I’ve repaid him with the goal.”

Liverpool signed Sturridge in a £12m deal from Chelsea in the 2013 January transfer window under Klopp’s predecessor Brendan Rodgers.

The Merseyside outfit finished in fourth place in the Premier League table last term to secure a return to the Champions League.

Liverpool have only managed to win four of their opening 10 Premier League games to leave Klopp’s men in sixth spot.