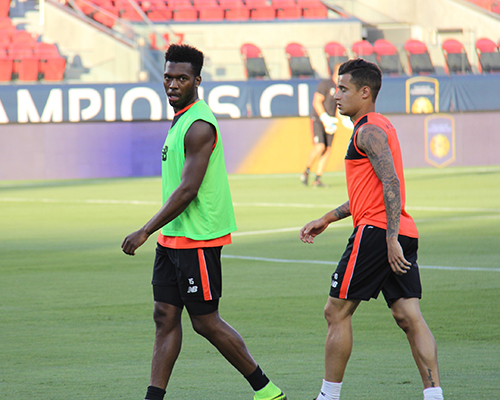 Daniel Sturridge will be a massive advantage to Liverpool FC if the England star can remain fit, Danny Higginbotham has claimed.

The 28-year-old striker has struggled with a string of injury problems over the past few seasons to limit his game time under Jurgen Klopp.

Sturridge was even sent out on loan to West Bromwich Albion in the second half of the 2017-18 Premier League season.

The former Chelsea FC striker returned to Liverpool FC and the England international got a full pre-season under his belt.

Sturridge scored within 21 seconds of his introduction from the bench in the Merseyside outfit’s 4-0 win over West Ham United.

Former Manchester United star Higginbotham believes Sturridge could prove to be a major asset to Klopp’s side in the current campaign.

“A fit Sturridge is an England international,” Higginbotham told Sky Sports’ The Debate.

“If he gets over his injury problems, he has everything. He would be a massive advantage to Liverpool.”

Sturridge moved to Liverpool FC in a £12m deal from Chelsea FC in the 2013 summer transfer window.

The Liverpool FC striker has netted 21 times in 29 games in the Premier League in his first full season at the Anfield outfit in 2013-14.

Craig Bellamy predicts where Arsenal will finish this season

Kevin Kilbane predicts where Arsenal will finish this season