Fabinho opens up about start at Liverpool FC under Jurgen Klopp 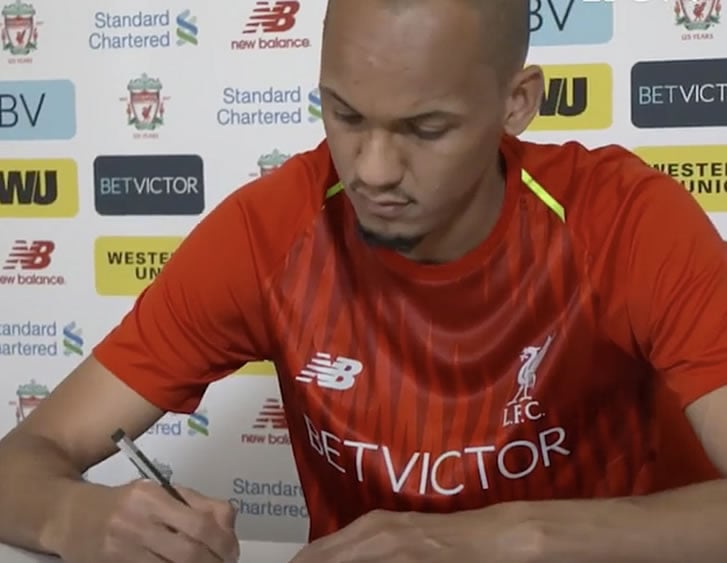 The Brazil international completed a £39m move to Liverpool FC from AS Monaco in the 2018 summer transfer window.

Fabinho moved to Liverpool FC despite having been previously linked with a move to Chelsea FC and Manchester United over the past few seasons.

Klopp hasn’t rushed Fabinho into the Liverpool FC team and the South American holding midfielder is still waiting for his first start in the Premier League.

The towering Brazilian was a second-half substitute in Liverpool FC’s 3-2 win over Paris Saint-Germain and goalless stalemate with Napoli in the Champions League group stage.

Fabinho was named in Klopp’s starting line up for the first time since his summer move in Liverpool FC’s 2-1 loss to Chelsea FC in the Carabao Cup third round last month.

The 24-year-old arrived in the Premier League with a huge reputation following his three-year stint at Ligue 1 side AS Monaco.

Speaking to Liverpool FC’s website about his start to life at the Anfield outfit, Fabinho said:

“My process to adapt to English football has been very good. Since pre-season I believe I have understood the way Jürgen Klopp plays and the way the team plays.

“My relationship with my teammates has also been very good, like Roberto Firmino, who has been helping me, and also Alisson.

“It’s a new experience for me because Klopp has a different style of work from the way I’m used to – but this is something I will learn.

“I have learned a few things from him but it is just the start. He is a coach who demands a lot from his players, not only in matches but also on a daily basis in training.”

Fabinho will be hoping that he can hold down a starting spot when Liverpool FC make the trip to Huddersfield Town in their next Premier League game on Saturday 20 October.

The Brazil international was a key part of AS Monaco’s team that managed to win the 2016-17 Ligue 1 title ahead of cash-rich PSG after a string of thrilling performances.

Fabinho helped AS Monaco to reach the Champions League semi-finals before the French side suffered a loss to Italian giants Juventus in the last four.

The Liverpool FC summer signing started his European career at Real Madrid but the defensive midfielder made one appearance under Jose Mourinho at The Bernabeu.

The Reds played out a goalless draw with Manchester City in the Premier League on Sunday evening.

Fabio Aurelio: Signed in free transfer from Valencia in 2006. Sold to Gremio.

Roberto Firmino: Signed in £29m deal from Hoffenheim in 2013.