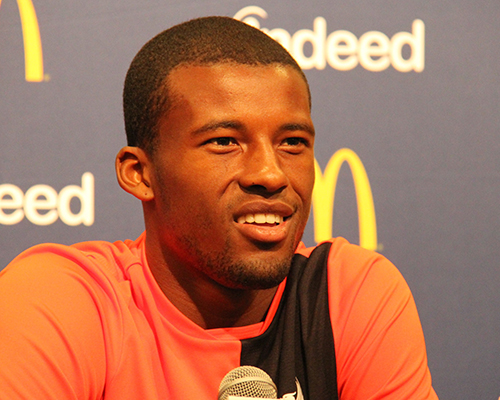 Georginio Wijnaldum has urged Liverpool FC to maintain their confidence levels after a 2-1 loss to Manchester City on Thursday night.

The Netherlands international was part of the Liverpool FC team that failed to extend their unbeaten run to 21 games in the current campaign.

Sergio Aguero broke the deadlock in the first half before Roberto Firmino levelled after half-time to leave Liverpool FC on the brink of a 21st league game without defeat.

The Reds are looking to win the Premier League title for the first time after finishing in second place on three occasions in the past under three different managers.

Wijnaldum, who moved to Liverpool FC from Newcastle United in a £25m deal in the 2016 summer transfer window, believes the Reds need to maintain their confidence and form despite a disappointing result.

“We knew before it would be a hard game and we would have to give everything to win the game,” Wijnaldum told Liverpool FC’s website.

“A few games this season we were lucky we have scored goals, and tonight we were quite unlucky with the chances that we had. That’s football.

“Sometimes you have games where you score a lot and score with every chance that you get – and sometimes you don’t. What we have to do now is to keep our confidence and win the next game.”

The Merseyside outfit will take on Brighton in their next Premier League game after their FA Cup third-round fixture against Wolves on Monday night.

Liverpool FC have collected 54 points from their opening 21 games.