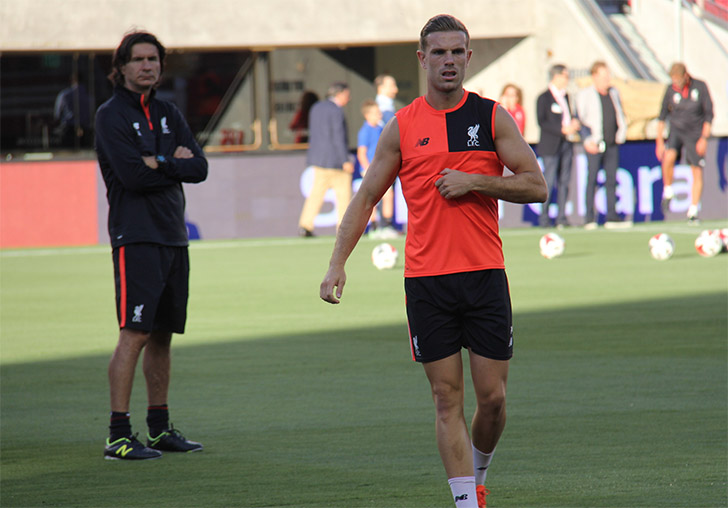 Jordan Henderson believes Liverpool FC have a squad capable of challenging for the Premier League title this season.

The Reds have made a promising start to the Premier League season after Jurgen Klopp strengthened his squad with some key signings over the past 12 months or so.

Van Dijk had an immediate impact on the Liverpool FC team as they reached Champions League final before a 3-1 loss to La Liga giants Real Madrid back in May.

The German head coach finally signed a world-class goalkeeper in August after Liverpool FC recruited Brazil number one Alisson Becker in a £67m deal from AS Roma.

Alisson has helped to bring much-needed balance to the Liverpool FC defence after the Reds conceded a mere three goals in their opening eight games in the Premier League.

Liverpool FC were held to a goalless draw with the Citizens in their last fixture before the international break to remain level at the top with Pep Guardiola’s side and Chelsea FC.

The club’s captain, Henderson, is confident that the Reds have a squad that is ready to challenge for the Premier League title this term.

“When you’re playing every three or four days on a constant basis you need to freshen things up, whether that’s with a couple of changes or a few more, depending on what the manager wants to do. You need everyone as fresh as can be, really, to share the load, so in that sense I feel it is certainly the strongest squad I’ve been part of.

“I look around at the quality of the people we’ve got coming on in games and people who are not even on the bench. It’s strong and that can only be a plus for us hopefully. But every game is difficult in the Premier League and every team seems to be getting better every year.

“There are some top teams with amazing players and top managers throughout the league, clubs that are improving because they’re investing well and buying well in the transfer window.

“Tactically, things have changed as well, which has improved things, so I’d say the Premier League is getting stronger. That makes it difficult to win it but we’ve come on leaps and bounds over the last couple of years and we’re in a position now where we can really challenge.

“It’s down to us to go out there and do the business every weekend.”

Henderson moved to Liverpool FC in a £20m deal from Sunderland in the 2011 summer transfer window during Kenny Dalglish’s second spell in charge of the Merseyside outfit.

The England international inherited the captain’s armband from Steven Gerrard in 2015 after the Liverpool FC legend called time on his Reds career to move to Major League Soccer.

Henderson will hope to skipper Liverpool FC against Huddersfield Town on Saturday evening.