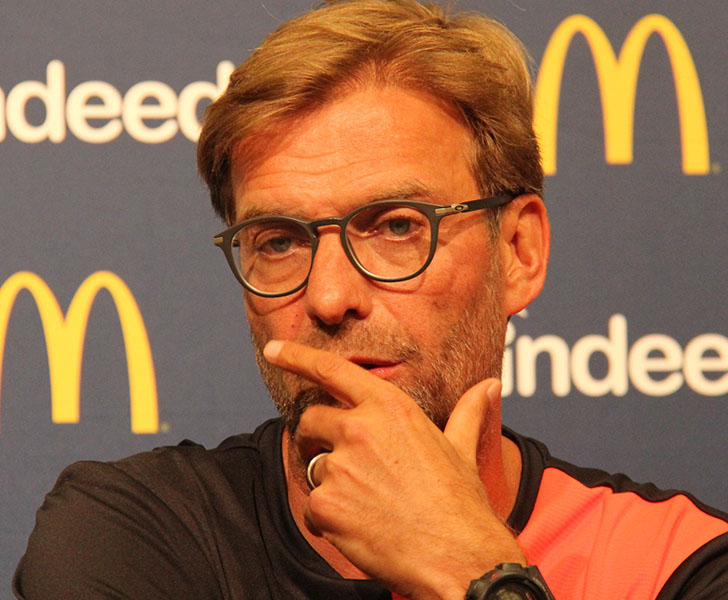 Jurgen Klopp has played down a potential battle between Liverpool FC and Manchester United to secure second place.

The Merseyside club seized the chance to move to within two points of Manchester United thanks to a 2-0 victory over Southampton at St Mary’s on Sunday evening.

Goals from Roberto Firmino and Mohamed Salah in the first half secured a comfortable win ahead of their trip to Porto in the first leg of their Champions League last-16 clash on Wednesday night.

Liverpool FC are in Premier League action again until West Ham make the trip to Anfield on Saturday 24 February.

Asked about a potential battle between Liverpool FC and Manchester United to finish as runners-up behind Manchester City, Klopp told his post-match media conference at St Mary’s:

“We don’t hesitate, we take whatever we can get but it’s not that we make the final bill now.

“We didn’t know before the game that United would lose, but we know that we are not too far away. But it’s not a battle between them and us, we play against them one more time in this season at least.

“For us, 54 points, that’s important. What the other teams have, we have no influence on, so we need to win. We now have the Champions League, then we have West Ham at home, [which] is difficult.”

Liverpool FC finished in fourth place in the Premier League table in Klopp’s first full season in charge to secure a return to the Champions League.

The Reds signed Virgil van Dijk from Southampton in a club record deal in January.