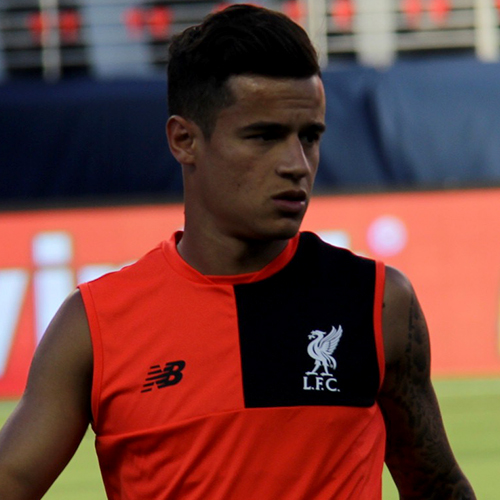 The Reds managed to keep Coutinho at Anfield beyond the summer transfer window despite Barcelona making a number of offers for the Brazilian midfielder.

The 25-year-old handed in a transfer request but Liverpool managed to keep the South American for the 2017-18 season and resist Barcelona’s lucrative bids.

Coutinho has scored four times in six games since returning to the Liverpool starting line-up after missing the start of the season with a back problem.

Liverpool, though, have struggled defensively under Jurgen Klopp this term after conceding 16 times in nine games in the Premier League.

The Reds lost 5-0 to Manchester City at the Etihad Stadium last month before Sunday’s 4-1 defeat by Tottenham Hotspur at Wembley.

Former Liverpool midfielder Redknapp believes Coutinho will be growingly increasingly frustrated with the Reds’ problems at the back.

“Going forward when you add Lallana and Mane to the equation, they’re as good as anyone,” Redknapp told Sky Sports.

“If I was playing in this team, the individual mistakes would drive me crazy.

“It was must drive the likes of Coutinho crazy because you’ve got to score three or four goals to win a game.”

Coutinho scored 13 goals and made seven assists in 31 appearances in the Premier League last term.

The South American moved to Liverpool in a £8.5m deal from Inter Milan in the 2013 January transfer window.