Robbie Savage predicts where Liverpool FC will finish this season 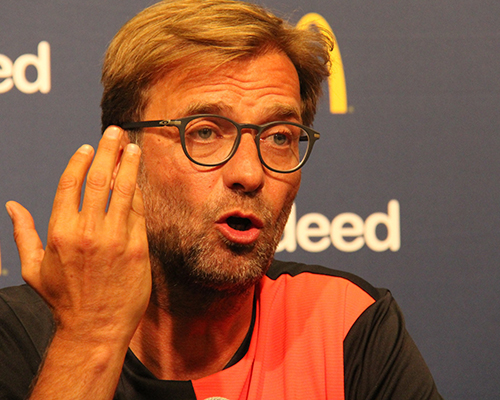 Robbie Savage is convinced that Liverpool can still qualify for the Premier League’s top four.

The Merseyside outfit have endured a tough start to the 2017-18 season following a 4-1 loss to Tottenham Hotspur at Wembley last weekend.

Liverpool have failed to win their last three Premier League games to drop down to ninth place in the table.

Jurgen Klopp’s side have conceded 15 goals in five games on the road in the Premier League to raise serious concerns about his defence.

Klopp’s men were thought to be building for a title challenge this season but Liverpool are facing a battle to even secure a top-four finish in successive seasons.

Former Leicester City midfielder Savage is convinced Liverpool still have the ability to qualify for the Champions League again despite their poor displays over the past month or so.

“Before the start of the season I thought [Liverpool] would [finish in the top four], yes,” Savage told BBC Radio 5 Live.

“If Liverpool had won [against Spurs], they’d be on 16 points level with Arsenal and Chelsea. I think Liverpool can still get the top four.”

The Reds have signed 11 players since Klopp took over the reins at Anfield in 2015, as well as agreeing a deal to sign Naby Keita from RB Leipzig next summer.