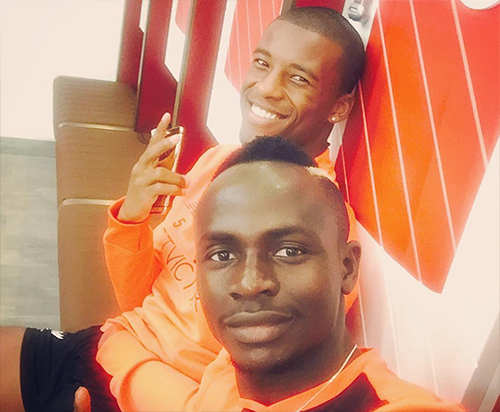 Steven Gerrard has highlighted Sadio Mane’s growing importance to Liverpool after the Reds booked their place in the Champions League group stage on Wednesday night.

The Senegal international has stepped up to the mark at the start of the 2017-18 season in the absence of Philippe Coutinho due to injury.

Mane scored in Liverpool’s 3-3 draw with Watford in their season opener before the 24-year-old netted their winner in a 1-0 victory over Crystal Palace last weekend.

The African forward was instrumental in Liverpool’s 4-2 victory over Bundesliga outfit Hoffenheim in the second leg of the Champions League playoff at Anfield on Wednesday night.

Jurgen Klopp’s side progressed to the group stage thanks to their 6-3 aggregate win against Hoffenheim as Liverpool look to win the competition for the sixth time.

“I think Liverpool were really close to the top of the league, he had to go to the Africa Cup of Nations and I don’t think they won all the way through January so he was sorely missed.”

Mane moved to Liverpool in a £30m deal from Southampton in the 2016 summer transfer window to add more pace to the Reds team.

The Merseyside outfit finished in fourth place in the Premier League table to secure a return to the Champions League.