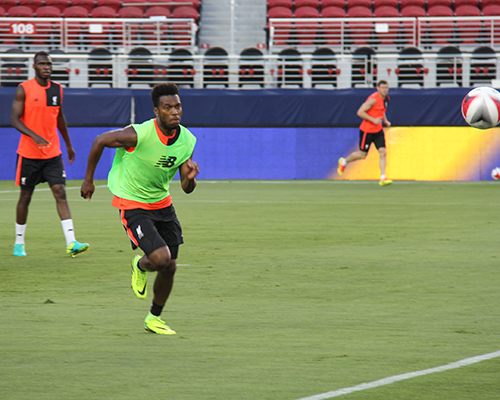 The Reds striker has made a fine start to the Premier League season despite being limited to appearances from the bench.

Sturridge was a second half substitute at Stamford Bridge on Saturday evening after Eden Hazard broke the deadlock in the first half in west London.

Sturridge netted in a 2-1 loss to Chelsea FC in the Carabao Cup third round at Anfield last week before goals from Emerson Palmieri and Hazard turn the game on its head.

Sturridge has struggled with persistent injury problems since the England international netted 21 goals in 28 games in the 2013-14 Premier League season.

“I think the penny has dropped with Daniel now,” Ferdinand told BT Sport. “He was someone who expected to start, given what he had achieved and done with Luis Suarez in a Liverpool shirt.

“Injury has maybe robbed him of some of his best years. But once the penny drops, age and experience comes into play and he realises again that he’s in a squad that are on the edge of winning something.

“He wants to be part of that, whether he’s starting or on the bench. If he can come on and impact games the way he’s doing at the moment, he’ll feel a real part of this squad.”

Sturridge moved to Liverpool FC in a £12m deal from Chelsea FC in the 2013 January transfer window.

Paul Scholes names to Man United signings who have disappointed