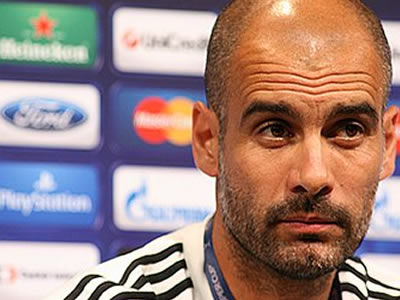 Vincent Kompany has warned Manchester City that their trip to Liverpool FC is “more than three points”.

The defending Premier League champions will make the short trip to Anfield in search of their seventh victory of the current campaign.

Manchester City passed their only real test of the season so far when the Citizens were 2-0 winners at Arsenal in their Premier League opener.

Pep Guardiola’s side dropped points in a 1-1 draw with promoted side Wolverhampton Wanderers to lose ground on Chelsea FC and Liverpool FC.

However, the Merseyside outfit’s winning run came to an end at Stamford Bridge last weekend following a 1-1 draw with Maurizio Sarri’s side in west London.

Liverpool FC are in second place in the Premier League table level on points with Manchester City but the Citizens are ahead by virtue of their superior goal difference.

Manchester City captain Kompany is confident that the Citizens can embrace the challenge against their closest title rivals when the two clubs meet at Anfield on Sunday evening.

“It’s a big game. Both teams are at the top of the league at the moment,” Kompany told Sky Sports.

“It’s too early to be defining but it certainly has the feeling that a lot more is at play than the three points.

“These games are always the ones you want to win. They are certainly a team in form and are playing at home – it will certainly be a difficult game for us.

“But I think this team has always shown we are up for these kinds of games.”

Manchester City have a poor record at Anfield in the Premier League era, something which hasn’t changed despite the appointment of Guardiola as their manager.

The Citizens were 5-0 winners against Liverpool FC in their first Premier League meeting of the 2017-18 season, although Sadio Mane’s first-half sending off played a role in the size of the scoreline.

Liverpool FC were the first Premier League team to beat Manchester City in the English top flight last term after the Reds were 4-3 winners against Guardiola’s side in January earlier this year.

The Merseyside outfit followed up their Premier League success with a 3-0 victory over the Eastlands outfit in the first leg of their Champions League quarter-final at Anfield.

Liverpool FC were 2-1 winners against Manchester City in the return leg of their European clash to end the Citizens’ hopes of European glory in April last term.

Kompany has captained Manchester City to three Premier League titles during his spell at the Citizens after his move from Bundesliga outfit Hamburg in 2008.

However, the Eastlands outfit have never won the Champions League or the Europa League despite under the stewardship of experienced manager such as Roberto Mancini, Manuel Pellegrini and Guardiola.

Rio Ferdinand: Why I feel sorry for Eric Bailly at Man United