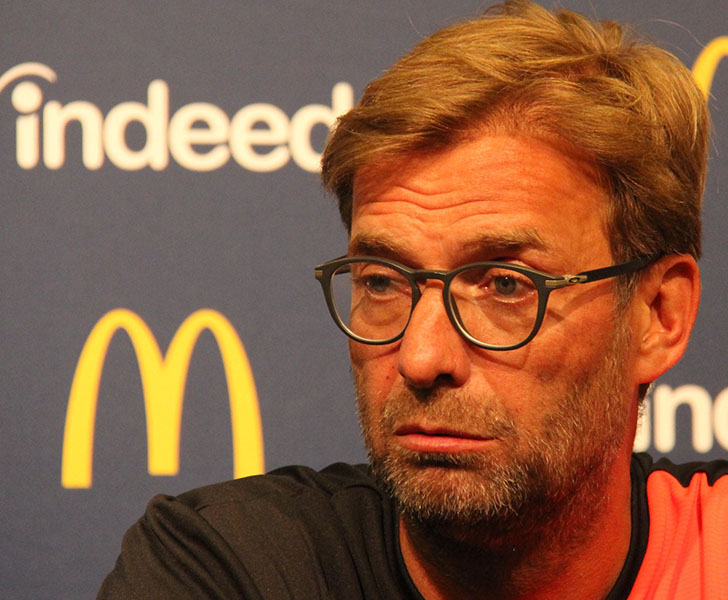 Paul Merson has ruled out Liverpool keeping a clean sheet against Manchester United at Anfield on Saturday afternoon.

Liverpool boss Klopp has been under relentless fire after conceding 12 times in their opening seven games in the 2017-18 Premier League campaign.

The 50-year-old has stuck with Cameroon international Joel Matip at centre-half and alternated between Ragnar Klavan and Dejan Lovren alongside the ex Schalke defender.

The Merseyside outfit squandered a second-half lead at St James’ Park in their final game before the international break after Philippe Coutinho broke the deadlock with a stunning goal.

However, Jonjo Shelvey’s long ball caught out Lovren and Matip in a high position as Joselu levelled the Premier League clash albeit thanks to a fortuitous deflection.

Liverpool looked to sign Virgil van Dijk in the summer transfer window but Southampton refused to sell their club captain despite the Netherlands international handing in a transfer request.

Manchester United have already scored 21 times in seven games thanks in part to Romelu Lukaku’s return of seven goals in the top-flight campaign so far.

Former Arsenal midfielder Merson doesn’t expect the Liverpool back four to keep out the second-best attack in the Premier League on Saturday afternoon.

“The goal against Newcastle two weeks ago – if that was two 14-year-olds on trial at a football club and they were highly thought of, and that happened, they’d never get called back again.

Pundit opens up about ‘naive’ Marcus Rashford at Man United