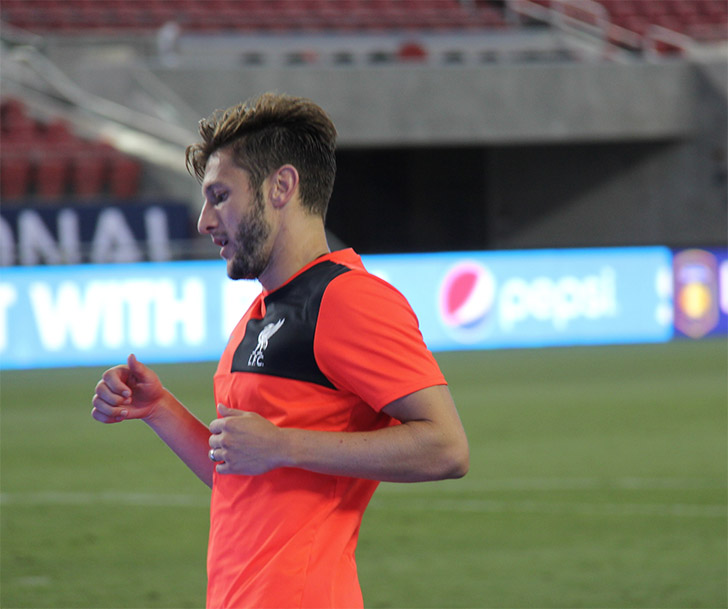 Adam Lallana said he hopes to make a significant contribution for Liverpool FC and England this season after confirming he would return to action during September.

The midfielder was forced to pull out of Gareth Southgate’s England squad to face Spain and Switzerland with a minor groin strain he picked up training at St. George’s Park.

Lallana missed 32 games last season for Liverpool FC, but he has moved quick to quell any fears of another long-term injury absence.

He told the Liverpool FC website: “It’s a minor setback, which isn’t ideal, as I’ve been in great shape until now, but it’s positive news that it’s only a brief lay-off.

“I’m pleased I’ll be back available for Liverpool, both domestically and in the Champions League during September, and then England again for the next break.

“I know I can make a significant contribution over the course of a long season and that’s where my focus will remain – with so much to play for.

“Doing my best and giving everything for my teammates, management and supporters of club and country is all that matters.”

Lallana moved to Merseyside in 2014 for a reported £25m fee, after having spent 14 years at Southampton, where he played a huge part in the Saints’ return to the Premier League.

The Saints achieved back-to-back promotions from League One to the Premier League where he captained the side on their return to the top flight.

He has gone on to appear 141 times for Liverpool FC, scoring 21 times but could find playing time difficult to come by after spending £94m on midfielders Fabinho and Naby Keïta.

Keïta has already widely impressed during his so-far brief tenure at Anfield, and such is the competition that Fabinho has yet to appear in red.

With Gareth Southgate recently implementing a selection policy based on youth, time could be running out for Lallana to re-establish himself for both Liverpool FC and England.