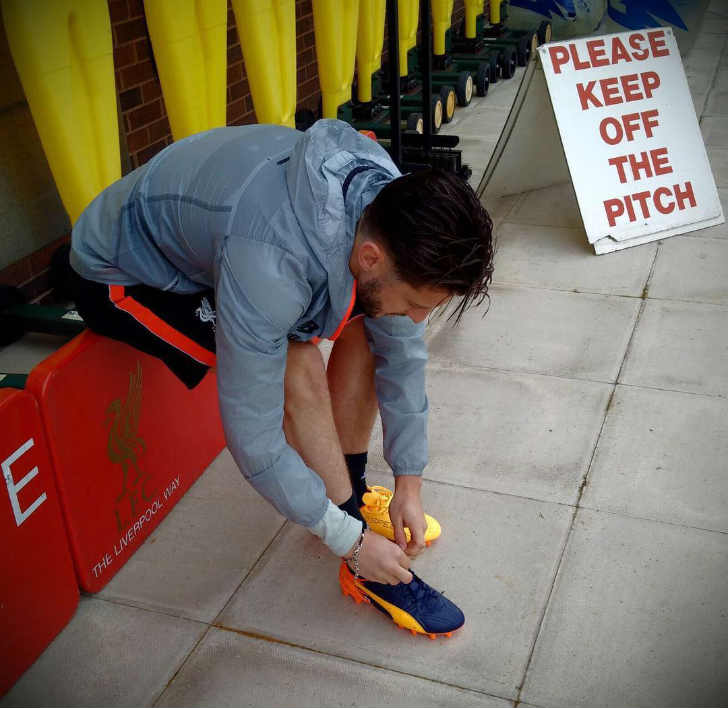 Jermaine Jenas has claimed Adam Lallana warrants a place in the Liverpool team ahead of Mohamed Salah.

The Merseyside outfit signed Salah in a £39m deal from AS Roma in the summer transfer window to improve their attacking options.

Salah’s arrival was timely as Lallana suffered a serious injury in pre-season to rule the England international out of the opening months of the 2017-18 campaign.

The Egypt international has already scored five goals and made one assist in the Premier League this term, as well as scoring two goals in the Champions League.

Lallana netted nine goals and made eight assists in the Premier League last term to help the Reds to secure a return to the Champions League.

Former Tottenham midfielder Jenas believes Liverpool boss Jurgen Klopp should reinstate Lallana at the expense of Salah when the England midfielder is back to full fitness.

“If I think about Liverpool’s best team, he’s in it. I’d leave Salah out,” Jenas told BBC Radio 5 Live.

“There were games where Lallana dragged Liverpool through games and got important points. They saw their best of Adam Lallana last year. The only problem is he doesn’t stay fit long enough.”