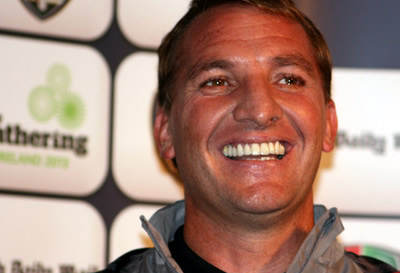 Brendan Rodgers has revealed that Liverpool wanted to sign Alexis Sanchez to replace Luis Suarez in 2014.

The Uruguay international was close to a move to Arsenal in the 2013 summer transfer window but former Liverpool captain Steven Gerrard managed to convince Suarez to remain at Anfield for another season.

The South American scored a staggering 33 goals in 31 games in the Premier League to help Liverpool challenge for the title, although the Reds ultimately finished behind Manchester City in the title race.

Suarez moved to Barcelona in a £65m deal in the 2014 summer transfer window after the Liverpool legend scored 82 goals in 133 appearances in all competitions at Anfield.

Liverpool were linked with a move to sign Sanchez to replace Suarez in Rodgers’ attack but the Chile international completed a £35m switch to their rivals Arsenal.

Former Liverpool boss Rodgers has opened up about the disappointment of missing out on Sanchez to fill the void left by Suarez at the Merseyside outfit.

“We felt like Luis [Suarez] was going to move on and we needed to get a world-class operator to go like-for-like,” Rodgers told talkSPORT.

“We finished second in the league playing a great level of football. Players were flexible in how they could play and then it was about trying to make that next step.

“And for that we needed to get a replacement. And we deemed Sanchez to be that one.”

The Reds appointed Jurgen Klopp as Rodgers’ replacement after the Northern Irishman paid the price for a disappointing start to the 2015-16 Premier League campaign.