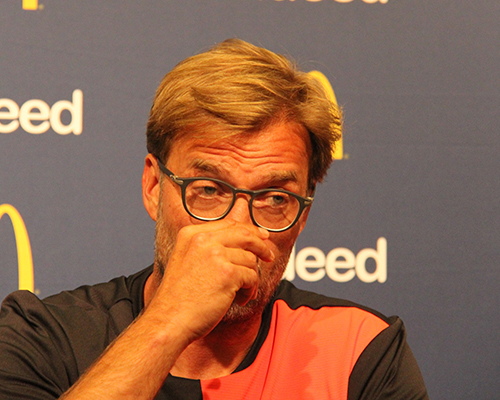 Phil Thompson is backing Liverpool to finish in the Premier League’s top four this season despite their tough run of results over the past month.

The Reds have only managed to win one of their last seven games in all competitions to halt their progress in the Champions League and the Premier League.

Liverpool are in seventh place in the Premier League table and seven points behind leaders Manchester City with 31 games to go in the 2017-18 season.

The Merseyside outfit will welcome title contenders Manchester United to Anfield in their next Premier League game on Saturday afternoon in a game that could define their campaign.

Klopp signed four players in the summer transfer window but only Egypt international Mohamed Salah has made a real impact at the 18-time English champions.

The Reds have already conceded 12 times in seven games in the Premier League to raise serious concerns about Liverpool’s defence under the former Borussia Dortmund boss.

While Thompson isn’t including Liverpool in the title equation, the former Reds captain is confident Klopp will lead the Merseyside outfit to finish in the top four this term.

“I honestly believe we will still finish in the top four because we can outgun most teams,” Thompson told Sky Sports.