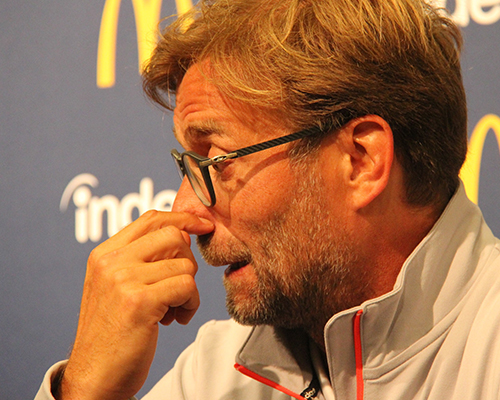 The Reds have been regularly criticised for their poor defensive performances after conceding 12 times in their seven Premier League games so far this term.

However, Liverpool’s attack have also been struggling with a lack of confidence in recent weeks after managing to score two goals in their last two games.

Jurgen Klopp gave Daniel Sturridge a rare start at Newcastle United given Roberto Firmino’s wastefulness in front of goal over the past four weeks.

But the England international was unable to add a clinical edge to the Liverpool team, while Dominic Solanke is still a raw talent.

The African forward played under Klopp during the German coach’s spell in charge of Dortmund and the 28-year-old has scored 93 times in 135 games in the Bundesliga.

Former Liverpool captain Thompson wants to see Klopp sign the African striker in the January transfer window to provide his Reds team with a proven goal-scorer.

“I do feel that come January we need to improve the defenders and get an out-and-out striker,” he told Sky Sports.

“If Pierre-Emerick Aubameyang became available then he should be on our hit list.”