Danny Higginbotham: What I find frustrating about Roberto Firmino and Liverpool FC 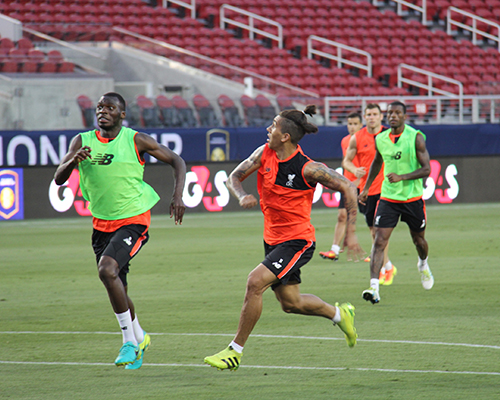 Danny Higginbotham has admitted that he finds it frustrating to watch Roberto Firmino and Liverpool being wasteful in front of goal.

The Brazil international has scored two goals and has made two assists in seven appearances in the Premier League this season.

Firmino started the season with a flurry of goals and impressed in Liverpool’s 4-0 demolition of title rivals Arsenal at Anfield at the end of August.

However, the 26-year-old’s drop in performance level is a microcosm for Liverpool’s overall form as both player and club struggled in front of goal last month.

Firmino failed to get on the score sheet in September as Liverpool limped to one victory in seven games in all competitions.

Liverpool are in seventh place in the Premier League table and seven points behind leaders Manchester City and Manchester United.

Firmino was dropped from the Liverpool starting line-up for their 1-1 draw with Newcastle United in the Premier League last weekend.

Former Manchester United defender Higginbotham admitted that he finds watching both Firmino and the Liverpool team frustrating due to their profligacy in front of goal.

“He scores all different types of goals and they’re creating a lot of opportunities as well. That is the type of player that he is, he can get into them areas.

“The frustrating thing is they’re creating a lot of opportunities but since that Arsenal game, they’ve created the most chances in the Premier League but haven’t scored as many as they would like. These are the times that can be a little frustrating for them.”