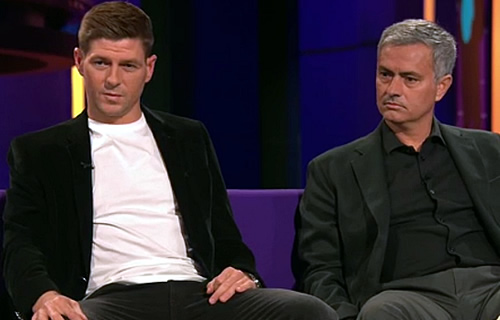 Steven Gerrard doesn’t believe Liverpool should panic under Jurgen Klopp despite a poor start to the Premier League season.

The Reds are in seventh place in the Premier League table and are seven points behind current leaders Manchester City and Manchester United.

Liverpool have only managed to win one of their last seven games to raise concerns about the Merseyside club’s lack of progress since Klopp took over from Brendan Rodgers in October 2015.

The German coach has failed to improve Liverpool’s defensive problems after conceding 12 times in seven games in the Premier League so far this season.

Liverpool lost 5-0 to Manchester City at The Etihad in their first game in September before stalemates with Burnley and Newcastle United sandwiched between a 3-2 win at Leicester City.

Klopp’s men will host unbeaten Manchester United in their next Premier League game at Anfield next weekend as Liverpool look to become the first team to beat Jose Mourinho’s men in the top flight this term.

Liverpool legend Gerrard doesn’t believe the Reds should start to panic despite their inconsistent form in the Premier League campaign.

“We’ve got a wonderful manager and coaching staff that are looking after these players. I think everything is fine.

“I’m not one that jumps on the bandwagon and listens to criticism after seven games. I used to judge myself and the team I was playing in at least 10 or 15 games into the season.

“So let’s see where we are then. I’ve got every confidence we’ll be in the top four and everything will be a little happier than it is at the moment.”

Liverpool finished in fourth place in their first full season under Klopp’s management to secure a return to the Premier League.