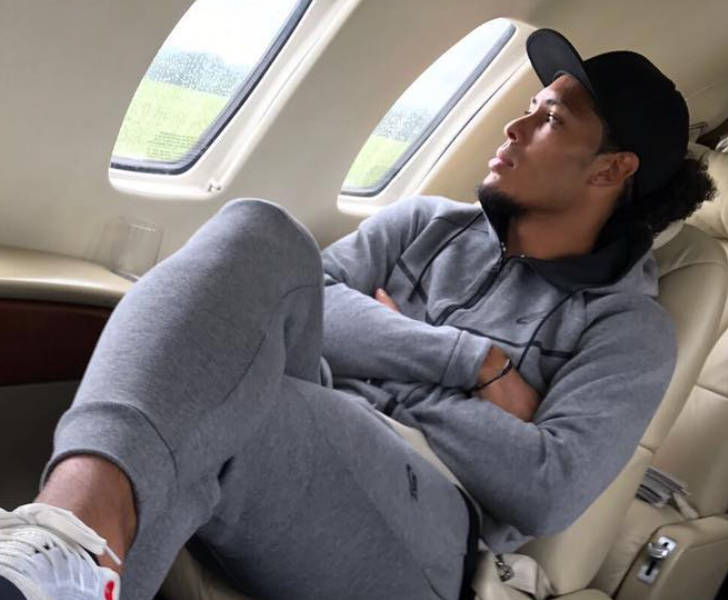 Jurgen Klopp singled out Virgil van Dijk for special praise after Liverpool FC were 4-0 winners against Bournemouth in the Premier League on Saturday afternoon.

The Reds eased to a resounding win at the Vitality Stadium courtesy of Mohamed Salah’s hat-trick and Steve Cook’s own goal to maintain their unbeaten start to the Premier League season.

Liverpool FC managed to keep their tenth clean sheet of the Premier League season to underline their remarkable improvement in defence since Van Dijk’s arrival in January.

The Merseyside outfit spent £75m on Van Dijk to make the Netherlands international the most expensive defender in the world when they signed him from Southampton.

The Dutch centre-half has managed to bring out the best in his fellow defenders, as highlighted by the improvement of Trent Alexander-Arnold, Joe Gomez and Andy Robertson.

Asked about Van Dijk’s impact on the Liverpool FC team in his post-match media conference at the Vitality Stadium, Klopp said: “Of course a lot but we all know that.

“That’s the life of a professional football player as well, he trains on the highest level and he’s not even in the squad sometimes. Then we need you, play, and then he had a difficult start against Burnley and plays that game and this game.

“It’s not about one person, what Andy Robertson did today. Millie, game number 500 and he plays at right-back and he would probably have preferred each other position on the pitch today, but he did the job and that’s all how we come together then.

“It was a common development, but for each development you need the right players, that’s how it is in football and thank God we could sign these boys.”

Van Dijk was part of the Liverpool FC team that suffered a 3-1 loss to La Liga giants Real Madrid in the Champions League final in Kiev back in May.

The Reds signed Brazil international Alisson Becker from Serie A giants AS Roma in the summer transfer window to bolster Klopp’s goalkeeping options given the inconsistent performances for Loris Karius and Simon Mignolet.

Ian Wright: What I really think about Lucas Torreira at Arsenal