Liverpool FC are ready to sell Daniel Sturridge in the January transfer window, according to reports in the British media 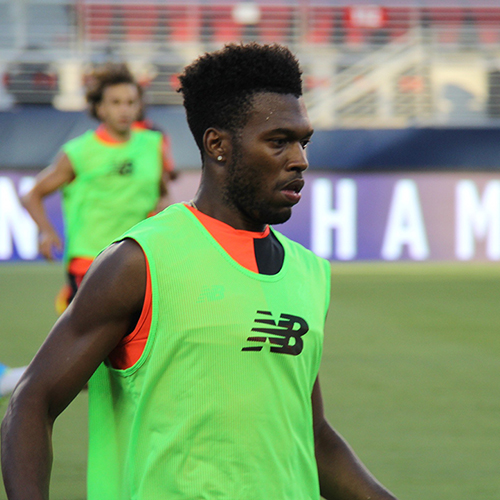 Liverpool FC are prepared to sell Daniel Sturridge in the January transfer window but will demand £30m for the England forward, according to reports in the British media.

The Liverpool Echo is reporting that the Reds are willing to sell Sturridge, who is keen to gain some regular first team football this season to increase his chances of being called up to the England squad for the World Cup in Russia.

The same report says that Sturridge has already told Liverpool FC that he wants to leave Anfield in the current transfer window.

The story also says that Liverpool FC will not consider a loan move for Sturridge and that at present, they are only interested in a permanent move.

The article credits both Southampton and West Ham United with an interest in signing Sturridge in the January transfer window.

Sturridge has struggled for game-time at Liverpool FC this season, with the forward having started just five games in all competitions.

Liverpool FC have already been busy in the January transfer window, having signed Virgil van Dijk from Southampton in a big-money deal, before agreeing to sell Philippe Coutinho to Barcelona last week.

The Reds are currently preparing for their crunch clash with Manchester City on Sunday afternoon.

Dennis Wise predicts where Arsenal will finish this season