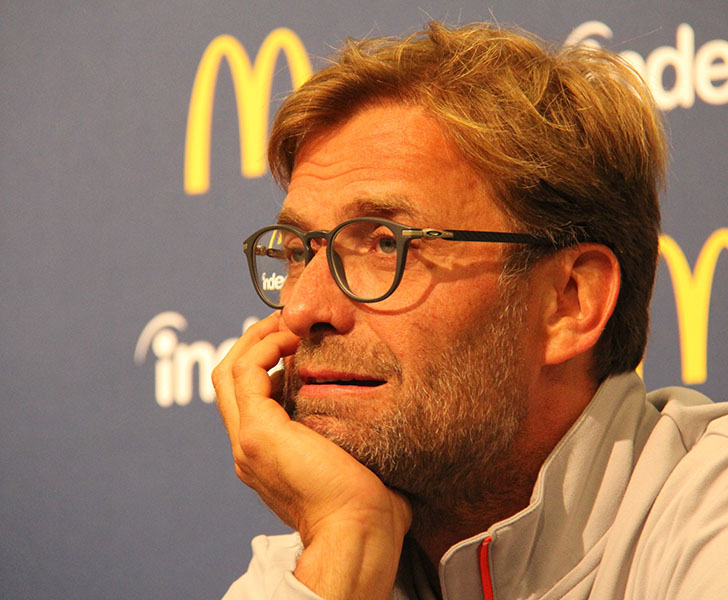 RB Leipzig manager Ralph Hasenhuttl has expressed his disappointment at Naby Keita’s poor form ahead of his move to Liverpool FC at the end of the season.

The Guinea international was the subject of interest from the Premier League club last summer but the Reds were unable to bring in the versatile midfielder ahead of the 2017-18 campaign.

However, Liverpool FC managed to reach a £48m agreement with RB Leipzig to sign Keita in the 2018 summer transfer window following one more season at the Bundesliga side.

Philippe Coutinho’s £142m move to Barcelona in January prompted a fresh wave of reports that Liverpool FC could pay a premium fee to bring the African midfielder to Anfield last month.

However, RB Leipzig refused to consider the early exit of their prized asset despite Keita’s disappointing form in the 2017-18 Bundesliga season.

The 22-year-old has scored two goals and has made three assists in 16 appearances in the German top flight so far this term.

And his manager Hasenhuttl has hit out at Keita as RB Leipzig look to secure a Champions League spot and secure their progression in the Europa League.

“Naby is not as consistent this year as last year,” Hasenhuttl told Sport Bild. “It’s important that he brings his expectations back to normal levels.

“I’m not one who wants to motivate with fear. I don’t immediately get the whip out in the classic sense and I don’t kick the players non-stop.”

Keita netted eight goals and made nine assists in the 2016-17 Bundesliga season to help RB Leizpig qualify for the Champions League for the first time.