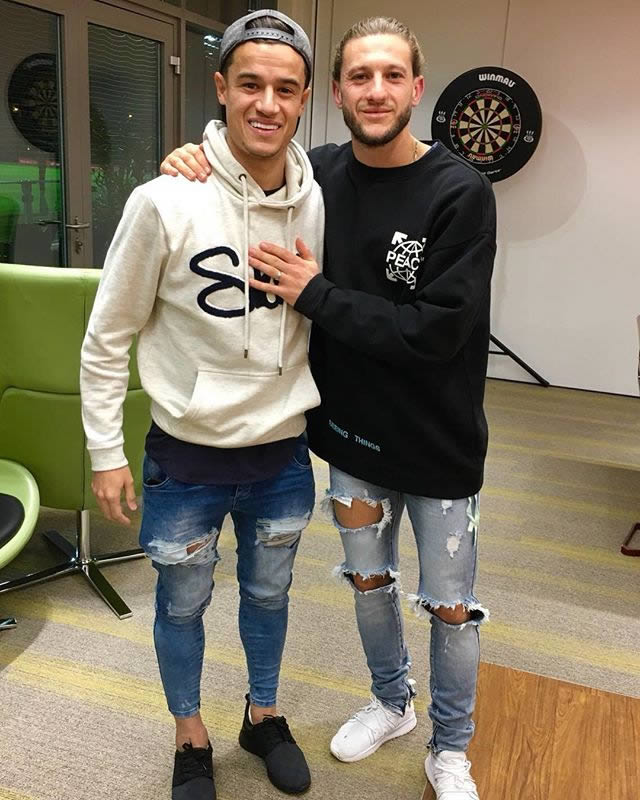 Philippe Coutinho has revealed that he decided to swap Liverpool FC for Barcelona in order to win silverware.

The Brazil international completed a £142m move to the La Liga giants in the January transfer window following months of speculation surrounding his future.

To his credit, Coutinho remained committed to the Liverpool FC cause until the end of his Anfield career following 12 goals and eight assists in 18 starts in the current campaign.

The 25-year-old spent four seasons at the Anfield outfit but the Brazilian didn’t win any silverware at the Merseyside outfit.

Coutinho was part of the Liverpool FC side that came to within three games of winning a first Premier League title under Brendan Rodgers in 2013-14.

He was also a member of Jurgen Klopp’s teams that lost to Manchester City and Sevilla in the League Cup and Europa League finals in 2016.

And the new Barcelona signing pointed to his desire to win trophies as a big reason behind his decision to quit Anfield.

“Everyone knows that I wanted to come to Barcelona,” Coutinho is quoted as saying by The Independent.

“It wasn’t possible in the summer, but we worked so that it could be done in winter.

“I really want to win big titles, it was one of the reasons that made me sign for the club.

“I want to win as many as I can, I don’t have preferences.”

Coutinho scored 54 times in 202 appearances in all competitions during his five-year spell at Liverpool FC.

The Reds made a significant profit on Coutinho after Liverpool FC signed the Brazilian in an £8.5m deal from Inter Milan in 2013.