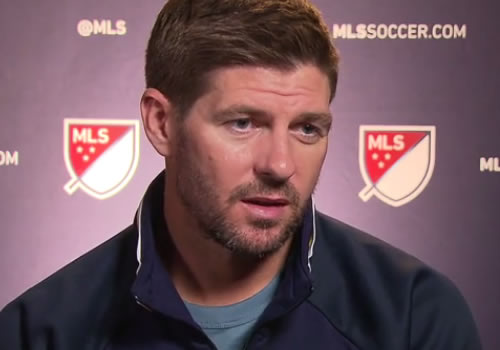 Steven Gerrard has urged Liverpool FC to sign a defensive midfielder in the mould of Tottenham Hotspur’s Victor Wanyama in the summer.

The Reds have thrilled their supporters with some entertaining football in the 2017-18 season in both the Champions League and the Premier League.

Liverpool FC were 5-0 winners against Porto in the first leg of their Champions League last-16 clash in Portugal on Wednesday night.

The Merseyside outfit have now scored 28 goals in Europe this season, more than any other Champions League team.

The 18-time English champions have lacked a balance over the course of the season, although Jurgen Klopp has moved to address the issue with the addition of Virgil van Dijk.

The Liverpool FC boss has utilised captain Jordan Henderson and contract rebel Emre Can in a defensive midfield role this season, but neither player is a specialist in the position.

Former Reds skipper Gerrard, who played alongside Dietmar Hamann and Javier Mascherano during his career, believes Klopp needs to sign a holding midfielder in the summer.

“I think Liverpool would benefit from a monster of a centre-midfielder,” Gerrard told BT Sport.

“A holder, a Victor Wanyama type player who does sit in there and is disciplined. He would give more protection to the back four.”

Liverpool FC are in third place in the Premier League table and two points behind Manchester United in the top-four race.

The Reds are looking to secure a Champions League spot in successive seasons.

Frank Lampard predicts where Arsenal will finish this season