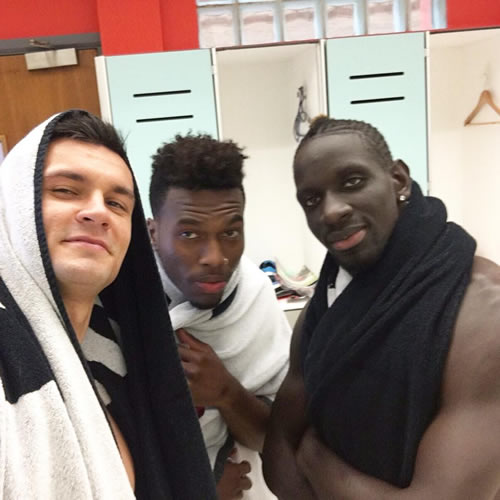 Daniel Sturridge has been recovering from a knee injury Photo: Instagram

Daniel Sturridge is edging closer to a return to first-team action for Liverpool, Jurgen Klopp has revealed as he delivered the latest injury update.

Sturridge has not featured for the Reds since the 1-1 draw with Everton in the Merseyside derby back at the start of October due to a knee injury but was named on the bench for Saturday’s 4-1 Premier League win over Manchester City at Etihad Stadium.

Liverpool boss Klopp confirmed that the striker is edging closer to being fully fit but refused to confirm whether he would feature in the Reds’ Europa League clash with Bordeaux on Thursday night.

Speaking at his pre-match news conference on Wednesday afternoon, Klopp said of Sturridge: “The best news at the moment is Daniel is getting closer, closer and closer. He has now trained seven or eight times in a row – the longest period since I’ve been here – and, of course, that will help him. And it will help us because we have another option.

“He is closer. He’s had another three or four important sessions since last Saturday – each session is very important.

“My decision [on whether he will play against Bordeaux], you will see tomorrow.

“He is closer and that’s very, very good, but the most important thing in these [coming] weeks is that he can train without problems.

“Everybody knows he has very often had different [injury] problems, so we have to try to bring him into a situation where he is more robust. But if we have to field him in a good moment for a few minutes or more, then we will see in the game.”

Klopp also revealed that defender Martin Skrtel is an injury doubt for Thursday’s game due to illness, while Mamadou Sakho is recovering well from his knee injury but won’t be fit to face the French side.

He continued: “Martin Skrtel is a little bit ill. Mama is in a good way, but not ready for tomorrow, so we might need to have a new idea [in defence] and we will see how we handle this.”

He added: “Christian Benteke is in very good shape, which is very important for us. When I came here he was injured, but now he has had many, many [training] sessions with the team and the Belgian national team.”