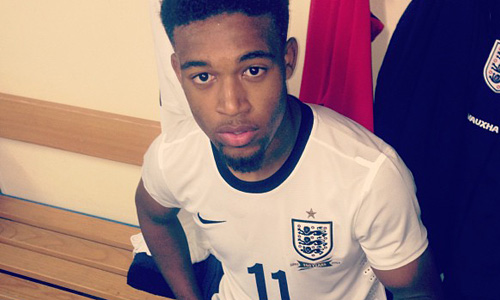 Brendan Rodgers wants Jordon Ibe to gain “experience under pressure” after the Liverpool youngster joined Birmingham City until the end of the season.

The highly-rated 18-year-old has found his first-team opportunities limited this season, with fellow Reds youngster Raheem Sterling impressing in Rodgers’s side.

He’s still a very young player – he needs games and experience under pressure, and obviously that was limited with us

And the Liverpool boss backed Birmingham manager Lee Clarke to get the best out of the England Under-19 forward after Ibe completed his loan switch to St Andrew’s on Friday.

“I’ve wanted to have Jordon out on loan for a little while,” Rodgers told Liverpool’s website. “Because he has been close to the team and the squad, he has been unable to.

“Our squad was very small so he was playing a big part in that over the last few months. But he’s still a very young player – he needs games and experience under pressure, and obviously that was limited with us.

“He has not long turned 18, he has got plenty of time. We wanted to send him to a club with a manager who has worked with young players and got the best out of some young players.

“Lee Clark, we feel, is someone who could do that. Traditionally, Birmingham City is a brilliant club, a big club. So there is a little bit of pressure, but he’s going to go there and hopefully play, get his experience and earn his position in the team.”

Mata & Rooney deals proves it will get better for Man United, insists Moyes