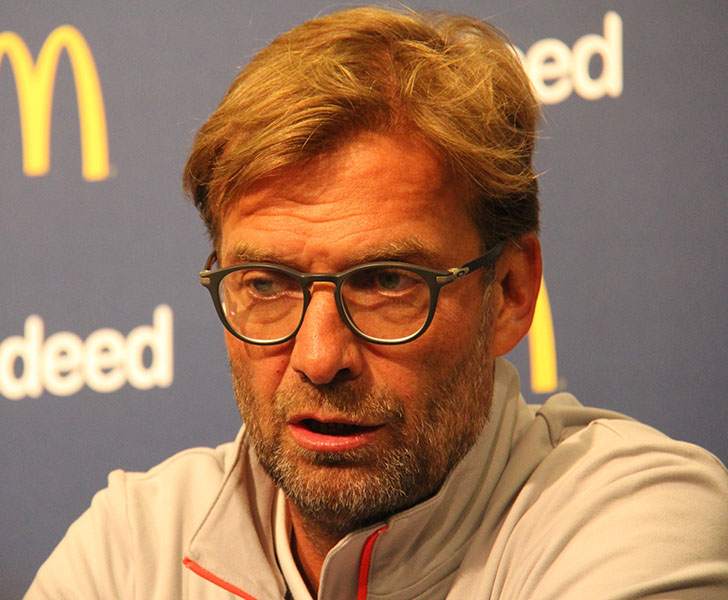 The Brazil international is a target for La Liga giants Barcelona but Liverpool have refused to entertain the idea of Coutinho leaving the club this summer.

Coutinho handed in a transfer request earlier this month but the Reds refused to alter their stance despite Barcelona reportedly offering £118m for the number 10.

The Catalan side are rumoured to be preparing a fresh £136m bid for the 25-year-old ahead of next week’s transfer deadline day on Thursday.

Klopp has remained largely tight-lipped on Coutinho’s future at the Merseyside outfit, although the charismatic manager denied his relationship with Coutinho has been tainted by the transfer saga.

Liverpool booked their place in the Champions League group stage thanks to the Merseyside outfit’s 6-3 aggregate win against Bundesliga outfit Hoffenheim last week.

Former Arsenal defender Keown believes Klopp will have a big role to play in Coutinho’s future at Liverpool if the Brazilian remains at the Anfield outfit beyond the summer transfer window.

“It all hinges on Coutinho’s relationship with Jurgen Klopp,” Keown told the Daily Mail.

“If Liverpool have not lost the player emotionally and he still has a good relationship with the manager, then they have to keep him.”

Keown added: “I trust that Klopp has the experience to deal with this issue. His team will still put in effective performances while this sideshow is being played out.”

Liverpool finished in fourth place in the Premier League table last season thanks in part to Coutinho’s 13 goals and seven assists in 31 appearances.