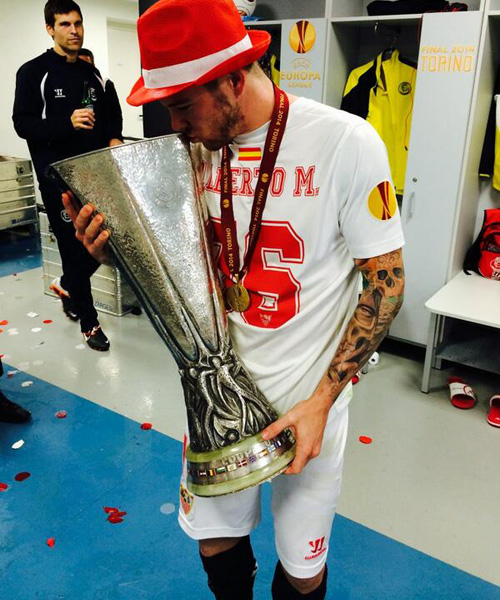 Alberto Moreno would provide excellent competition for the left-back spot at Liverpool, according to Alan Kennedy.

The Anfield club have been heavily linked with a move for the 22-year-old Spain international, who has also attracted interest from Real Madrid and Tottenham Hotspur.

Liverpool were thought to have given up on a deal for the left-back but may re-enter the race after Southampton snapped up Reds target Ryan Bertrand on Wednesday night.

“Full-backs at the moment don’t get too much exposure and it allows them to get forward a lot more,” Kennedy told Liverpool Echo.

“There is always a two v one situation in favour of Liverpool because you have the likes of Coutinho, Sterling and even Markovic the other night would come back and double up.

“They don’t get pestered too much so defensively their duties aren’t quite as important as they used to be.

“Moreno represents a more natural left-back simply because he is left footed.

“He will provide excellent competition for Enrique I’m sure but that’s not to say Jon Flanagan still isn’t in with a shout of playing there. You can play right-footed players at left-back but you can’t do it the other way around so he offers that versatility which is quite rare at the top level.

“There is a good future and it’s nice for Brendan if he does get Moreno because he’ll have so much competition for one position.

“Nobody has really stood out and said ‘I’m the number three’ so perhaps Moreno can get a run in the side and if the team are winning then Brendan won’t want to change that and that’s how you’ll get that consistency.”

Erik Lamela hoping to have ‘big season’ at Tottenham