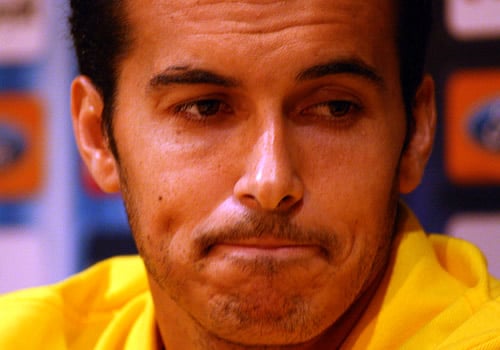 Pedro has been linked with a transfer to Liverpool Photo: The Sport Review

Pedro has handed Liverpool a big boost in their reported pursuit of the Spain international by admitting that his future at Barcelona remains “complicated”.

The 27-year-old, who was touted as a target for the Reds last summer, has failed to hold down a regular spot in the La Liga side’s first team this season and has been limited to just 11 starts in the league.

Nevertheless, Pedro has still managed to score five goals for the Spanish side in the league, while also notching up three assists for his team-mates.

The Spaniard, who has also reportedly attracted interest from Arsenal and Manchester United, has netted 10 goals in all competitions for Barcelona this season but has been linked with a transfer away from Camp Nou in recent months due to his lack of playing time.

Now, the player has admitted that his situation at Barcelona is far from ideal as he looks to gain more first-team action before the end of the campaign.

“The truth is that it’s complicated for those of us who play less,” Pedro told Spanish newspaper Sport, according to the Daily Star.

“It’s my way of being; I never give up. You have to thing make things complicated for the coach when it comes to choosing the starting players.”