Liverpool transfers: Mounir El Hamdaoui admits it would be a "dream" to play for the Reds but says he is happy at Fiorentina 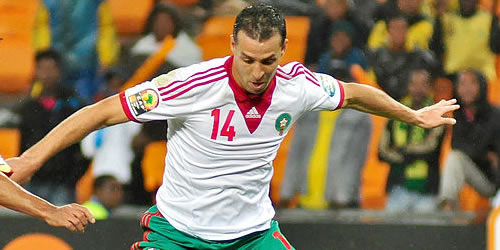 Mounir El Hamdaoui admits he is flattered by speculation linking him with a transfer to Liverpool and says playing for the Reds would be a “dream”.

The Fiorentina forward, who joined Tottenham Hotspur back in 2005 before being loaned out to Derby County, has been linked with a return to England in recent weeks, with Anfield touted as a possible destination.

The Morocco international, who has five caps to his name, only sealed a transfer to Serie A last summer and has scored three goals in 15 league appearances in Italy.

But despite admitted he would jump at the chance to join Liverpool, the 28-year-old insists he is happy at Fiorentina.

“Being linked with Liverpool is flattering but I really think it is paper talk so far,” he told Sky Sports.

“Liverpool are a great club and to play there in a legendary stadium like Anfield would be fantastic and a dream. But I am at Fiorentina and I’m happy.”

Meanwhile, Liverpool have also been linked with a move for 18-year-old Daniel Carr, who currently plays for south London non-League side Dulwich Hamlet.

It is understood that Carr, who has also been linked with Chelsea, has been handed a week-long trial with the Reds after scoring an impressive 23 goals in 23 games this term.

This is my time to shine, declares Manchester United’s Nani