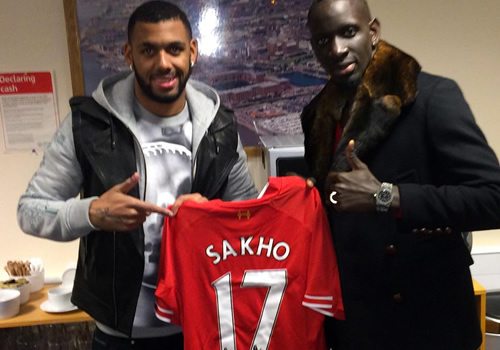 The France international has been regularly linked with a move to the Premier League over the past 12 months after Queens Park Rangers boss Harry Redknapp revealed his interest in the January transfer window.

The former Arsenal target, who has 22 les Bleus caps, sealed a £9.6m move to the Russian side from Rennes at the start of the year, but Rubin have endured a miserable season.

However, M’Vila posted on Facebook that he had been invited to the local clash by Liverpool centre-half and compatriot Mamadou Sakho, going home with captain Steven Gerrard’s shirt.

“Thank you to Mamadou Sakho for his invitation. I have taken a great deal of pleasure to come see this derby between Everton and Liverpool. A great game of football!

“I’m going back with the jersey of Steven Gerrard, one of my favorite players. Mamad thank you again brother!”

M’Vila scored four goals and made four assists in 147 appearances for Rennes.

Theo Walcott desperate to impress for Arsenal after return