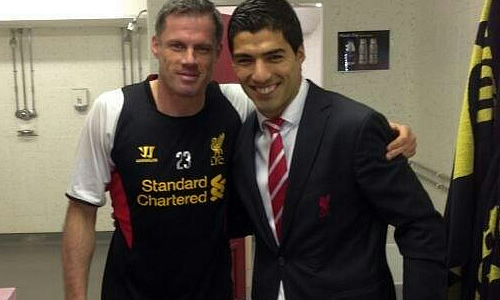 The Reds moved to the top of the table and two points clear of second-place Chelsea after a 4-0 victory over Tottenham Hotspur at Anfield on Sunday.

Liverpool welcome title rivals Chelsea and Manchester City to Anfield in April in what could prove decisive clashes in the season’s climax.

There was a banner in the crown ‘Make us dream’, I think they believe now

And Carragher reckons there is a belief amongst the Reds squad and the Liverpool supporters that Brendan Rodgers’s side can claim a first Premier League title.

“I think Liverpool will win it now,” Carragher said on Sky Sports.

“I think the feeling before Spurs was they’ve got the chance.

“But the results and the intensity Liveprool played with on and off the pitch.

He continued: “I’m talking about the crowd. You hear the roar at the end of the game.

“The chanting for Brendan Rodgers during the [Spurs] game – I’ve never heard of that as much.

“After this game, I think there is a major belief Liverpool can go on and win it.

“There was a banner in the crown ‘Make us dream’, I think they believe now. Looking at it now, and the way they are playing, I think it will be difficult to Man City going there and take three points.”