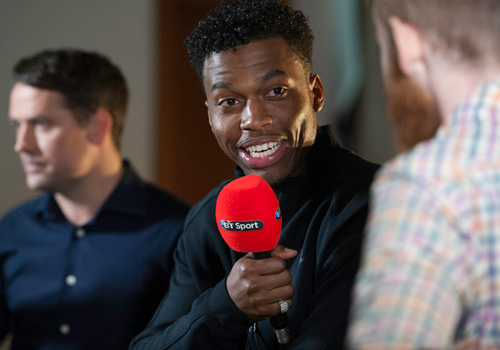 The 25-year-old striker was encouraged by former Chelsea manager Carlo Ancelotti to study the Italy and Juventus legend during his spell at Stamford Bridge.

And Sturridge found the process beneficial as the England international examined different components of the AC Milan manager’s game.

Speaking to BT Sport, Sturridge said: “I remember when I was at Chelsea and Ancelotti used to say ‘watch a DVD of Inzaghi’ – movement in terms of runs in behind and what makes strikers score goals.

“Inzaghi was one that I really liked to watch, because he was completely different to how I played, but he gave me something I didn’t have and actually helped me out a lot. Probably a lot of the goals I score now have come from him.”

Inzaghi enjoyed a distinguished playing career in Serie A and European cup competitions, scoring 313 goals during a 21-year playing career.

Sturridge made his first start since August as Liverpool were thrilling 3-2 winners against Tottenham Hotspur at Anfield on Tuesday night.

The former Manchester City striker has scored 33 goals in 47 Premier League appearances following his £12m switch to Anfield from Stamford Bridge in 2013.

Twenty-five year old Sturridge could line up against Crystal Palace in the FA Cup fifth round at Selhurst Park on Saturday evening.