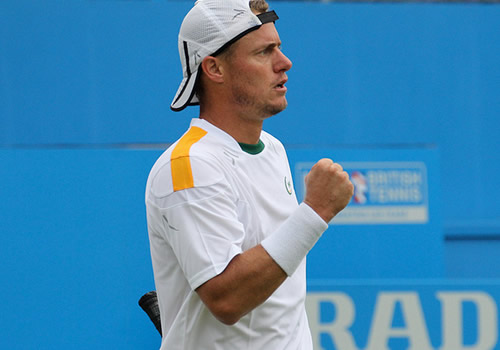 Lleyton Hewitt has been guaranteed a wild card into the Aegon Championships after confirming that he would like to play the tournament at Queen’s Club one more time before retiring.

Hewitt, who memorably beat Pete Sampras in the 2000 final aged just 19, will make his 16th and last competitive playing appearance alongside defending champion Grigor Dimitrov and British No1 Andy Murray at the tournament between 15-21 June.

The four-times Queen’s Club champion plans to bring the curtain down on his glorious playing career in his 20th appearance at the Australian Open, next January.

I’ll enjoy the grass one more time, and then finish off where it all started for me

“It is a little unconventional to award wild cards before the entry list has been finalised, but Lleyton is one of our greatest champions and we were delighted to hear that he wanted to return one more time.

“He stands alongside only John McEnroe, Boris Becker and Andy Roddick in winning the tournament on four occasions in the Open era, and our spectators love watching him play every year. We very much look forward to seeing him again in June.”

Hewitt is first targeting Australia’s Davis Cup clash with Czech Republic next month, and will then turn his attentions to preparing for the Aegon Championships.

“I can’t wait to get back there one more time,” said Hewitt. “I’ll enjoy the grass one more time, and then finish off where it all started for me, at the Australian Open. As soon as you walk in to the Queen’s Club, you feel the tradition and the history of the place. And obviously the grass courts are prepared so well – you don’t get a bad bounce out there.

“One of the proudest memories for me is to have won the event four times when it always has such a great player list. It’s had so many world No1’s and Grand Slam champions over the years. Guys that hold up the Wimbledon trophy a couple of weeks later often do their preparation at Queen’s.”

It is something he did himself in 2002, winning his third title at Queen’s before beating David Nalbandian in the final of Wimbledon a few weeks later. Does he stand a chance of a record fifth title at the Aegon Championships?

“I still give myself a good shot,” said Hewitt. “Obviously with a bit of good luck in the draw. But the grass court tournaments do throw up a few surprises, and it’s where I have my best opportunity because not that many players are contenders for the big tournaments on that particular surface. If the draw opens up, you never know what might happen. I’ll be going in to do some damage.”