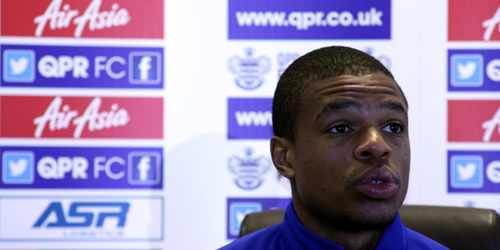 Loic Remy says he seriously considered a move to Newcastle United but ultimately chose to join Queens Park Rangers because of the “exciting project” at Loftus Road.

The 26-year-old France international signed a four-and-a-half year deal with the Hoops on Wednesday after sealing an £8m transfer from Marseille.

Remy confirmed that he met with Newcastle officials and was close to joining the St James’ Park outfit.

But the midfielder says the presence of manager Harry Redknapp at QPR and the lure of a “big challenge” swayed his decision in the west Londoners’ favour.

“It’s true that I hesitated between Newcastle and QPR,” said Remy. “I went to meet the staff at Newcastle United and there came a time when I had to make my decision.

“I made my decision based on two factors. Firstly, I already knew the coach Harry Redknapp, and secondly I’m really excited by the project that QPR have here for the future.”

Remy, however, is under no illusions about the size of the task that awaits at Loftus Road, with the Hoops bottom of the table and six points from safety.

“It’s true that it’s a big challenge and the team is currently in a tough situation,” continued Remy, who has 17 France caps.

“But since Redknapp has been here I think things have changed a great deal.

“It’s now up to us in the second half of the season to work hard and stay up.

“It’s a dream of mine to play in the Premier League and I’ve never had the chance to move to England, so it’s great to be here.”

Chelsea don’t like playing against us, declares Arsenal’s Jack Wilshere