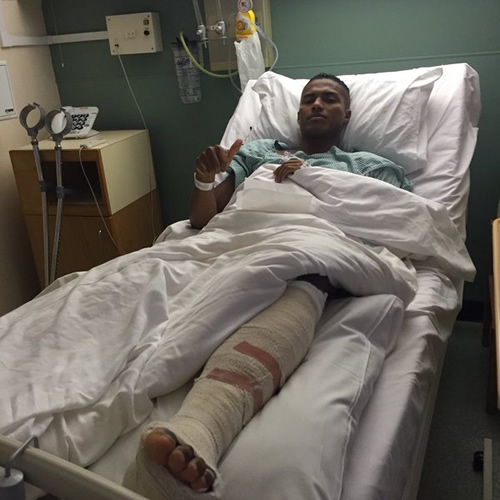 Louis van Gaal has revealed that Antonio Valencia will be out of action for at least three months after the Manchester United winger underwent surgery on his foot earlier this month.

The Ecuador international suffered the problem during the first half of United’s goalless draw with Manchester City in the Premier League last month but still continued after half-time.

However, the 30-year-old winger required surgery to remedy the injury and used his personal Twitter account to confirm that the operation had been a success last week.

Now, Van Gaal has conceded that Valencia is set for a lengthy spell on the sidelines.

Van Gaal told MUTV: “Valencia is longer term and very long. It is not within three months or something. It’s a very heavy injury.”

United’s next game is a trip to Watford in the Premier League on Saturday lunchtime.