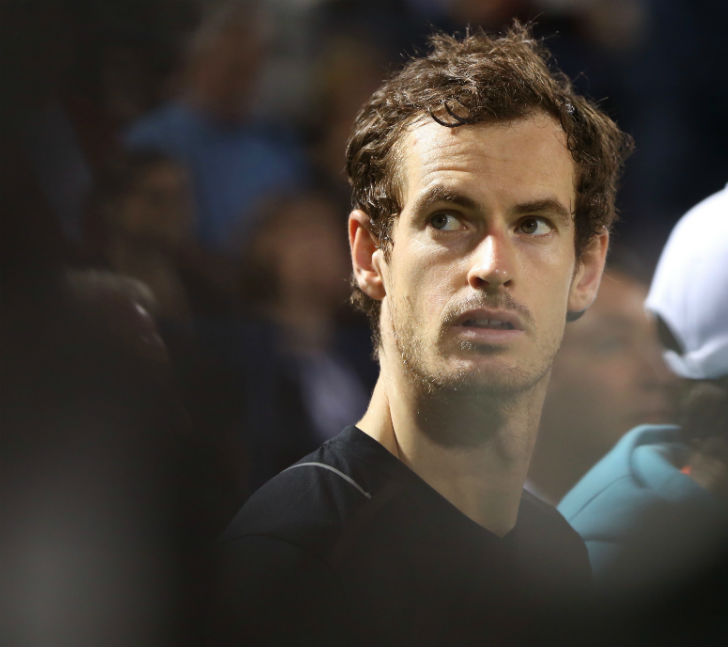 At every turn in the draw at this year’s Mutua Madrid Open, there are Spaniards. And it is not because the home tournament has handed out wild cards like confetti.

Sure enough, three of the 11 were indeed given the benefit of a pass, but then two of them, Nicolas Almagro and Tommy Robredo were both former top-10 players. What is more, they had between them 24 clay titles and 17 further clay finals to their names. And that amounts to serious clay credentials. That the two were drawn against each other for the chance to become the defending champion Novak Djokovic’s first opponent was just ill fortune.

But the Spanish do not depend upon wild cards when it comes to filling a Masters draw with quality players. The home nation has no fewer than nine men in the top 100, all either current or former top 20 players, five of them former top-10 players, two of them former top three, and of course the most renowned of them all, Rafael Nadal, a former No1 with 14 Majors, 29 Masters, and Olympic gold to his name.

Many of these men, many now past the over-30 age barrier, have formidable records in Madrid in particular.

Feliciano Lopez, playing here for the 16th consecutive year, made a convincing start with a victory over Ernesto Escobedo in straight sets in just 74 minutes. He may be that old-fashioned thing, a serve and volley player, but he has reached the quarters in Madrid four times.

Fellow Madrid native Fernando Verdasco and former world No3 David Ferrer are playing for the 15th time. Ferrer, owner of 26 career titles and five times a Grand Slam semi-finalist, is a former French Open finalist, and had fallen short of the quarters in Madrid only twice since its switch to clay in 2009: twice he had made the semis.

But Ferrer was enduring a tough 2017, and since his third-round exit at the Australian Open, he had made four opening-round exits, pulled out of Indian Wells and Monte-Carlo with an Achilles injury, and dropped to his lowest ranking, No34, in 12 years.

He even had to contend with the emotional trauma of losing a friend in a cycling accident before his first match this week, but in typical gutsy style, he turned a losing position into a winning one, pulling out only his sixth win of the year against Mikhail Kukushkin, 2-6, 7-6(1), 6-4. He said afterwards:

“I just wanted to dedicate this victory to him and his family.”

It so happened, however, that top seed Andy Murray would avoid almost all these formidable clay-court Spaniards. It had started well for last year’s losing finalist and the 2015 champion in that he saw the most prolific winner of the Madrid title, recent 10-time Monte-Carlo and Barcelona champion Nadal, fall into the Djokovic half.

Then two of the next best on offer, career-high No17 Pablo Carreno Busta and No21 Roberto Bautista Agut, lost their openers to Benoit Paire and Ivo Karlovic respectively. And in the bottom quarter, No18 Albert Ramos-Vinolas also made an early exit.

Murray might have expected to play the third Spanish wild card, former No23 Guillermo Garcia-Lopez, but even that native was edged out after almost three hours by fellow wild card Marius Copil.

The win for the Romanian reduced the 26-year-old who had won only three previous matches this year to tears. The reason became clear: Reaching the second round would take Copil into the top 100 for the first time.

Perhaps not surprisingly, this would be the first time Murray had met him, though fellow Briton Aljaz Bedene had faced him twice in one tournament less than a fortnight ago on the clay Budapest—once in qualifying and once in the first round.

It certainly became clear that Copil had plenty of game in the early goings, and was not going to be overawed either by playing the world No1 or on one of the most impressive tennis stages in the world.

And it certainly became clear that Murray needed to feel his way into this as he sussed out this little-known opponent. Murray took three ball tosses to open the first point of the match but did hold to love. Copil, conversely, took almost seven minutes to fend off a couple of break points and several deuces.

It quickly became apparent that the tall Romanian had a big serve and was not slow in stepping into the court to follow it up. He also took a leaf out of Murray’s book with some fine drop-shots. He held to love for 2-2, and with both continuing to play cat and mouse with the other, they edged to 4-4.

However, with Copil serving to stay in the first set, Murray suddenly upped the pace and stepped in to take the Copil serve early. The Briton took one long drive volley from the back of the court to bring up set point, and converted it with 50 minutes on the clock, 6-4.

As they started the second set, it was Copil who was making more winners but also more errors, as his aggressive tactics would suggest. But Murray was looking increasingly comfortable, and would not face a break point all match. He forced a couple of key backhand errors from the Romanian to earn break point, and then one more to break for 4-2. It was the work of minutes to hold twice more for Murray, and he advanced, 6-3, looking more assured with every point.

He was into press immediately, keen it seemed to get away for a long and relaxed evening. He admitted that he had found the conditions tricky to master after just 25 minutes’ preparation on centre court—and of course he had played relatively little tennis until reaching the semis in Barcelona last week, hampered by an elbow injury through the spring.

“Found it a bit difficult at the beginning to adjust to the conditions. Also, never played him before. He serves big, comes forward a bit, uses drop-shots. It was tricky. But when I started to control the points more towards the end of the first set and second set, I was hitting the ball pretty clean, creating a few chances. It was good for the first match.”

“I still think there’s a way to go. I don’t think I’m playing perfectly just now. I think there are things I can definitely do better. But the most positive thing about tonight was that I feel like I can serve a little bit better than I did today.

“I had no break points against me… It’s a good sign for me that my serve is getting better. When I serve well, the rest of my game tends to follow.”

But what of his lowly-ranked opponent, for whom he had generous words at the net? Murray believes there is more to come, especially when the tour moves on from clay.

“He serves big… He comes forward a bit and like I said, he uses the drop-shot. He has quite good hands up at the net as well. You can cause guys problems by putting pressure on them Like you say, he’s just broken into the top 100 for the first time. The more you’re exposed to this level at these tournaments, it helps your game. I’m sure he’ll keep getting better.”

For now, Murray must await the winner between Borna Coric and Pierre-Hugues Herbert, and tomorrow, the Spanish Armada will be led into battle in the bottom half of the draw by Nadal.