Madrid Open 2013: Serena Williams beats Maria Sharapova 6-1 6-4 in the final to retain her title and the world No1 ranking 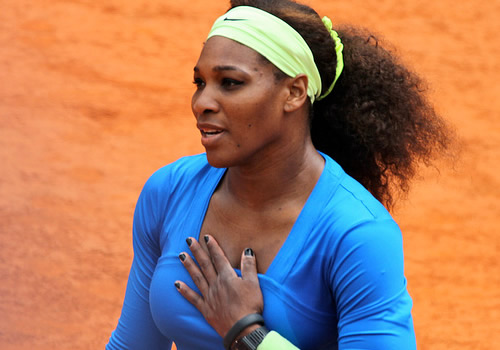 Serena Williams retained the world No1 ranking with the win Photo: Marianne Bevis

Serena Williams described her Madrid Open final win over Maria Sharapova as a “step in the right direction” after the American retained the world No1 spot with a commanding victory.

Williams, who has now beaten Sharapova 13 times in 15 meetings, stormed to a 6-1 6-4 victory in Spain to defend her title and rack up a 50th singles career win.

“It’s not the ultimate title, but it’s a good start in the right direction,” Williams, 31, said afterwards. “I don’t know how many more [titles] I can win.

“Like I say every day, who knows if I’ll ever win another title? I just want to live the moment and the dream every chance I get.”

Meanwhile, Sharapova looked for the positives after her run to the final, despite her defeat in one hour and 18 minutes.

“I am happy about the fact of getting late into tournaments, winning tournaments, getting to the finals,” said Sharapova.

“If that means having to face Serena in the final that’s a pretty great challenge out there. I take it, because I’m a very big competitor.

“At the end of the day I’m setting myself up opportunities to go out on the court and face her and play against her.”